Marty Wilde is an English rock 'n' roll singer, who has, like most of his colleagues, specialized in screaming loud. He was even called the English record holder in this field. He has lost the title now. Because Marty has a daughter since a few weeks, called Kim, who has surpassed everything her father has achieved in the field of the use of voice. The photo shows father, mother and - screaming - daughter in a maternity hospital in London. 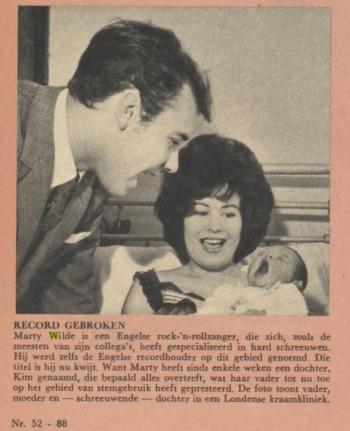