Stay as sweet as you are...

The sun is shining down and the tiny village of Tewin in Hertfordshire has an air of complete relaxation around it. The skylark winging over the modern building of the Tewin Cowper school is keeping up a constant stream of musical singing, but it's another kind of singing that is currently keeping interest high among the inhabitants on ground level.

Marty Wilde, one of the big British names on the Fifties scene, moved to the area just three years ago, with his then eight-year -old son, Ricky, and nine-year-old daughter, Kim.

Currently it's Ricky who's attracting attention in the area, since signing up with Jonathan King's U. K. Records emporium. You remember Jonathan King, the guy who had a hit with Everyone's Gone To The Moon, and was the forerunner to Muhammed Ali for sheer speech power.

This time around it's not his own praises that Jonathan's bellowing but young Ricky Wilde, who he claims will be as big, no, bigger -than the American invaders like Cassidy and the Osmonds.

I'm An Astronaut was Ricky's first venture on record, and it has now been followed up by a recording of April Love one time monster hit for Pat Boone.

The fan mail is already pouring in to UK's London offices, and Ricky has appeared in such influential Stateside teenage mags as Tiger Beat, who frequently boast coverage on Donny, David and the Jackson Five. The glossy ten by eight photos are already circulating, depicting Ricky as a definitely desirable property.

It's rather good on meeting him to discover that he's in the school playground beating the life out of a football with his best mate, Nigel. Ricky's anorak is hanging off his shoulders as he comes over to say hello, and he's protesting wildly at being told to change out of his well worn and patched jeans into something more suitable for a photograph.

So this 11 -year -old really is just that. A typical boy who's enjoying the attention he's getting -no doubt -but actually meeting the Press without having yet been rigidly grilled in the art of response to interview questions.

"I like being scruffy," grins Ricky. He really does look like a perfect contender for the Artful Dodger role in Oliver. "I like those jeans I had on. But, no, I don't mind wearing smart clothes sometimes if I have to." But the kind of antics Ricky gets up to usually demand that he wears very casual clothes.

"We muck about tripping people up and slapping them round the face," says Nigel, who actually is a very quiet lad. "I remember when a girl came running up to Ricky and we tripped her up and she went flying straight on from this slope! "

Ricky and Nigel demonstrate their face slapping routine, which makes me wince, but leaves them rolling about laughing. "We play football all the time," says Rick, and Nigel adds: "He's the best footballer in the school. "

"Oh," laughs Rick, "we haven't got a proper school team, but I like to play in goal mostly, though they never let me because I'm too brilliant on the pitch!"

In the village of Tewin, school is almost a home from home. The entire roll-call of Tewin Cowper School is only 150, which means headmaster Bill Furlong still takes some of the lessons. But that is not where his involvement stops.

"I'm very fond of Marty," he told me, leaving his school to watch Ricky being photographed. "I suppose because he is of an age when he could be my son. In fact I have a son who is slightly younger. I've known Ricky since the family came here, and I'll be very sad to lose him when he moves on to another school this year. It's possible he'll go on to the boys' grammar school, but we're trying to decide whether it's good for him to go to a state run school if he's going to continue with a career in music.

"Ricky's a very artistic boy, and he's quite good at English. I enjoyed his I'm An Astronaut record, but I think April Love could be a mistake, because it is suited more to an older person's voice -but then that's just my opinion. "

An opinion given with deep consideration. Mr. Furlong is a headmaster very open in his attitude to his pupils.

"One morning in assembly Mr. Furlong was playing a record and then suddenly he stopped it and we heard I'm An Astronaut coming out…Ricky went all red, he blushed," recalls Nigel. "Then Mr. Furlong said that the four people who were good and the most helpful would get Ricky's record. I didn't get a copy, but then Mr. Fulmer came up and said I could have a record, 'not for being good, but for being helpful'! "

Ricky himself takes the same light-hearted boyish attitude to life that Nigel also does. They're happy fighting around on the lawn of the Wilde's prettily thatched home, or cycling through the country lanes. Ricky has gained his cycling proficiency badge, and plans to take the test again this year with his new Chopper bike.

"But don't look at that badge," he grins cheekily. Then pointing to a picture of himself, cut out and made into a badge, he adds: "This is the best one. "

The living room of the Wilde's home reflects the musical influence that has been introduced into Kim and Ricky. Marty's silver disc for Teenager In Love hangs on a wall, and a microphone stands close to an expensive stereo system. Ricky's mother, Joyce, was also a singer with the Vernons Girls.

"I don't know, though," says Ricky. "If it's important to me to be a singer…I don't know at my age if it's going to be a proper job because my voice might go. I like being a singer, but dad doesn't think it's the best job I could have. He says if I want to do it, great, but I mustn't show off, and I must realize there are phoneys around. "

Ricky is also aware of the strains that being a singer can bring. His parents are currently touring Australia, and Ricky and Kim are being looked after by family friends.

"It's disappointing when dad goes away for six weeks, but they have to go, and you have to take that kind of thing. I've got quite used to it. I got my best teddy bear back yesterday from when I left it in Durban, South Africa.

Ricky's first record, I'm An Astronaut, was written by Marty Wilde, and given to Ricky to record almost an experiment. Then April Love followed -"I like that best," says Ricky. Though neither have hit the charts, yet, Ricky has already found himsely in the middle of frantic girl fans.

"It's quite exciting for me," says Ricky. "I was making an appearance at Harlequin record shop in Oxford Street. I only expected a hundred girls to turn up, but there were about 400. What 600?" says Rick as his publicity man puts him straight. "Wow! I didn't know that. I had two bodyguards to help me, ano both the buckles on my white jacket were ripped off! "

When Ricky was visiting Amsterdam to broadcast on radio, he found himself on the same plane as Donny Osmond. "He asked me for my autograph for his sister Marie," he says. And did you get Donny's autograph, I wonder. "Well no," grins Rick. "That put me one up didn't it! But I like Donny's singing and I think he's ever so nice. "

Don't mistake Ricky Wilde's bravado for arrogance. In fact during our conversation I discovered that Nigel hadn't heard his friend's latest record -which indicates that Ricky doesn't yet have a great preoccupation with his own importance.

An album is currently being planned for Ricky and there is the possibility that he will be appearing on Top Of The Pops soon and may start working on some live dates. He is still continuing with his piano lessons, and guitar practice -with help from dad -but his main consideration at the moment is his two girl friends, Alison and Emma…and, top of all things, football and fun and games with Nigel.

Face pulling is going on as Nigel leaves with us in the car; and then Ricky's running like mad to beat us as we pull away up the lane, past the grazing cows.

Here's hoping Ricky manages to stay just as natural as the Tewin countryside, as the showbiz machine grinds on. 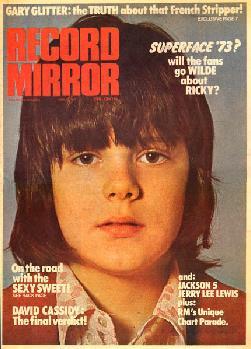 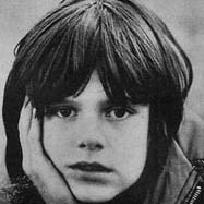 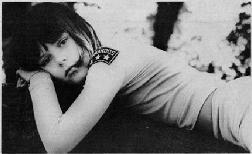