With women's place in music going from strength to strength a new female solo singer making it big is always a boost. So, here's Kim Wilde...

For a 20 year old, starting out on a recording career is very exciting, but it's no novelty in Kim's family. Her father, Marty, was one of he biggest teenage idols of the early sixties and her brother, Ricky, had his own hits here and in Europe about seven years ago when he was twelve. When I talked to her I wondered how this show business background had affected the way she grew up. "It's hard to compare", she said, "but I think I was lucky in having a childhood that was more interesting than a lot of people's, thought it was all a bit disjointed as well. The main effect, I suppose, was that I learned a lot, but in those days I had spots and was plump in the wrong places. To make it worse, all my friends seemed to be very pretty at that time and I felt really unattractive. It got better, though, when I was about sixteen. The spots went and I got a figure, which meant I looked a lot better, and at the same time my pretty friends left school so there wasn't so much competition!"

Her singing career, though, didn't start immediately. "After I left secondary school I went to an art college for a couple of years. Basically, that was the time when I had to decide whether to go on with painting and drawing or concentrate on singing. When I'd made my choice, getting into the music business was the hard part. I'd sung the occasional backing for other people but it was only when RAK records took an interest that things really started happening. Even with my background I still had a lot of trouble getting anywhere at all - until we came to RAK with a good record which my brother had written and produced. And then it just happened that they thought I had a face that suited the times when they were looking for a girl singer anyway. I love working in the studio - because I love singing anywhere at any time. I suppose it can be a bit boring for producers and so on, having to listen to it over and over again, but I never get bored. I don't even mind listening to myself played back, though I'm usually very critical. You always know afterwards that you could have done much better."

However, Kim's got another favourite occupation that her fans might not know about - her family's newest member. "We've got a baby sister now, Roxanne, who's two", Kim smiled. "That's a lot of fun, especially in the morning. It's great, when there's a lot of hassle with recording and so forth, to wake up and instead of feeling, 'Oh, no, another day', to look at that lovely little face smiling at you. It makes you realise things aren't so bad after all." 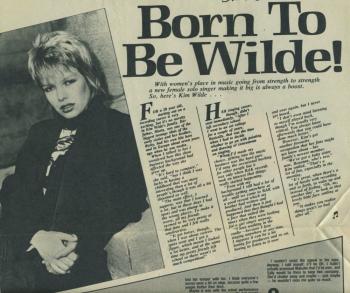 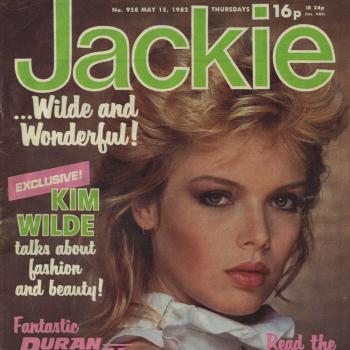 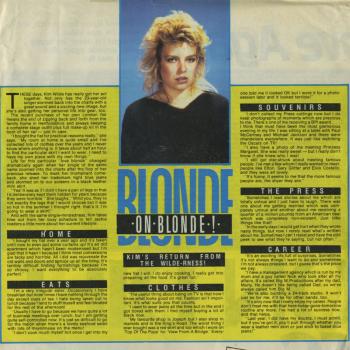 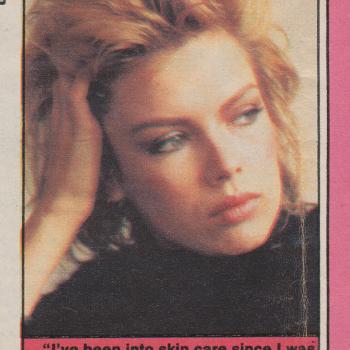 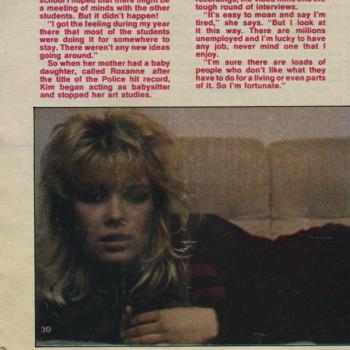 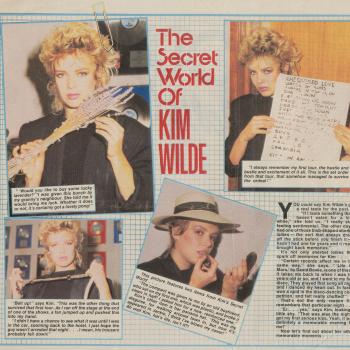