I'm a wild one says Kim

Singer Kim Wilde talked yesterday about her plans to follow a trail blazed by her father, Marty.

He was one of the first British rock 'n' rollers to stop depending on the American scene. His 20-year-old daughter aims to keep up the Wilde tradition. Her first single, written by her brother Ricky, is called Kids in America. But Kim insists: "It's a British sound - and I have got a style of my own."

Kim, who has given up a college art course to concentrate on singing, added: "I grew up with music. It was all around me. Now it's going to be my life." 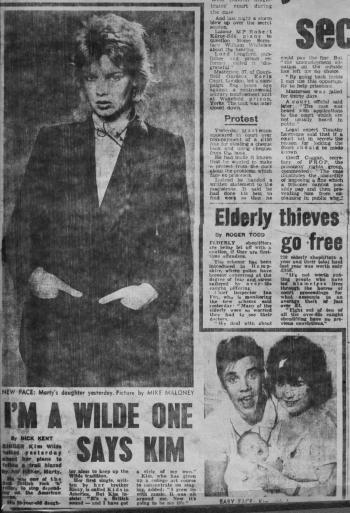