When I was at school, I liked Art, Music, Netball, History and English. I hated Maths, Geography, Biology and Hockey, but generally school was quite happy. When I was eight or nine I went to the village primary school, and then after that I went to a girls school my secondary school which was also near my house.

After I'd done my "A" level in Art, I went to Art College to do a Foundation course. I prefered Art College to school. The nonce I'd left there I started recording.

A lot of my friends went on placements to Hull, Coventry and Bristol. I still manage to see one or two of them very very occasionally. Basically not because of what has happened to me but because of their geographical standing; they are miles away.

All the songs on the album were written by Ricky and Dad, but I expect I'll have a go later on at writing my own material. I can play the guitar very badly and the piano not quite as badly. I had a classical training on the piano and got up to about a grade six, but after that I started getting involved in other things so I didn't have the time to carry on.

It took us about a couple of months to get the album written, recorded and mixed. What happened was, I learnt the songs a few minutes before I recorded them. I vaguely knew what they were going to be, because I heard them being written around the house, although I didn't have the time to get in on someof the demo recordings of the songs.

It was very exciting to hear my first single on the radio and I thought it sounded much better on the radio than it did in the record player. I still get a buzz from hearing my records on the radio.

I'm not over interested in fashion for me, although I love to see it on other people. I think I could wear them well if I felt in the mood for certain fashions, but generally I'm too lazy and really I just wear things that are comfortable on me. Also I find I haven't got the time to go out and buy clothes anyway. I am a little dubious about going out on my own, although I do like being recognised when walking down the road because it's quite nice to think that you're on people's minds.

I'd like to be slightly more aware of what is going on in the world around me. I am aware of certain things that do affect me. However in this business it is very hard to pick up a paper and read about depression when feeling confused yourself, but I do think it's important to keep your eyes open to what's going on.

I don't really feel I have a favourite artist. Sometimes I feel like a rocker like Elvis Presley, then sometimes when I'm not it's Elvis Costello and other times it's he Rolling Stones. I listen to classical music too. I like Purcell, I did Bartok at school for my "O" level and I also like Tchaikovsky.

I've toured Europe but I haven't toured America, I'll probably tour America next year. There's no place in particular I'd like to see in America, except I wouldn't mind checking out New York to see what they're saying over there.

The best thing about being a pop singer for me is that it's something I don't take incredibly seriously but seriously enough to do a good job, besides it makes a lot of other people happy and that's important to me. As a family we are all very much in tune with what we are doing. Some bands find there's an awful lot of friction, basically because they are individuals, but there is something about us; there is a definite chemistry between the three or our minds.

I usually like interviews but sometimes I get put off if I get someone who obviously doesn't like me, then I try to be as patient with them as I can. Most of the people I've done interviews with, I find that it's a good laugh. As I'm getting more and more well known, they often come with preconceptions of me. I'm often aware that they must have them. I enjoy interviews, I think it's interesting talking about yourself because it's lmost like going through a full self-analysis of yourself.

I am critical of myself but I'm living and learning. I was very positive about making it successfully, to the point where I excluded failure. So in a way I thought I would be successful but only because I refused to be a failure. I don't regret anything I've done in my whole life. I like Frank Sinatra who had a few regrets, but then again too few to mention! 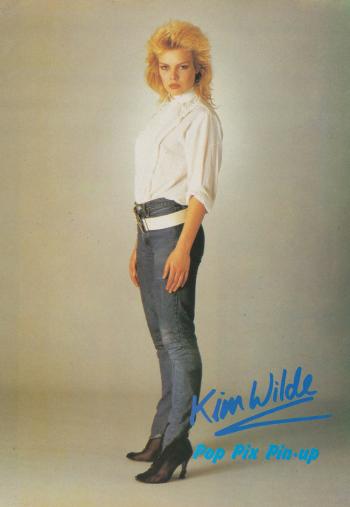 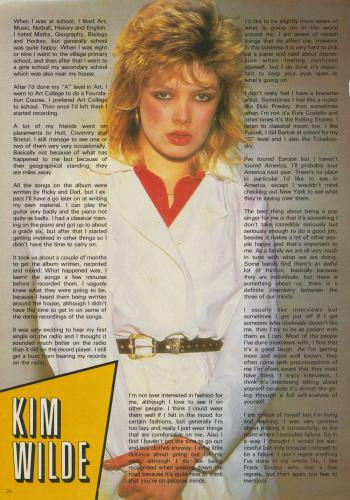