Yet another occasional Flexipop series on the most dreaded subject of them all - School Reports (yuccckkk!) THIS MONTH: KIM WILDE by resident Flexipop dunce Andy 'School, what's that?' John.

I don't know about you, but I used to burn my school reports. I can honestly say that for ten years my parents were totally unaware that schools actually dished out reports.
Meanwhle I told the teachers I as an orphan living with an infirm aunt and a blind uncle and tha tI didn't like to burden them with my educational problems.
I can remembers actually getting 0 per cent in a maths exam on one occasion and was henceforth referred to as dreadnought by my colleagues. Phrases like 'Stupid', 'Thick', 'Unable to learn' and 'Bozo' littered my reports. The nicest thing a teacher ever wrote on my report was 'The dawn of legibility is beginning to rise in his handwriting'. I was 16 at the time and it was my final report.

Anyway, it seems that cleverclogs Kim Smith aka Wilde had no such problem. I managed to get hold of one of her reports from her mum's secret files and when I read it I felt utterly useless and depressed. I mean, just look at it - 'Good', 'Origina;', 'Matured', 'Interested', 'Top'. Makes you bloody sick. And what's ever worse is she's good looking with it. Usually girls who get such reports are all pimply and ugly - but look at her.
Oh well, I guess I still made it. At least I'm a journalist on the nation's best magazine. And my spelling was alwayes impekable. 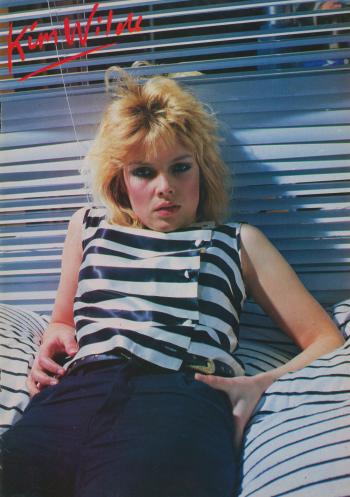 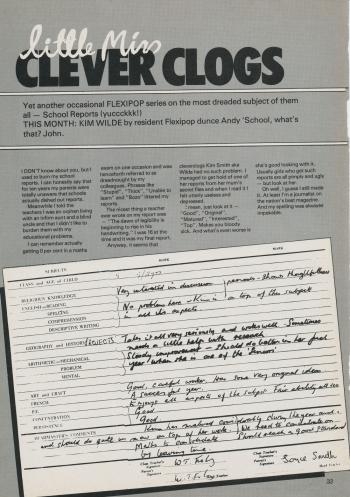 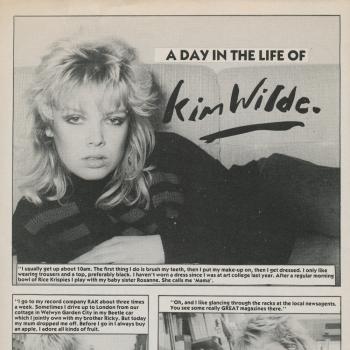 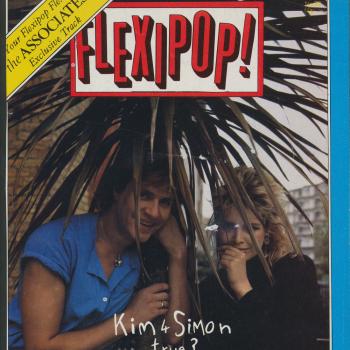 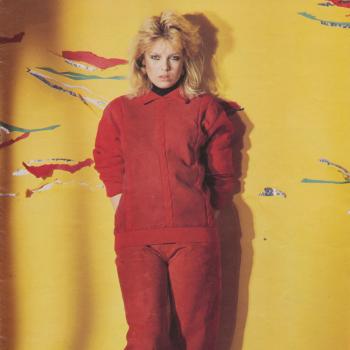 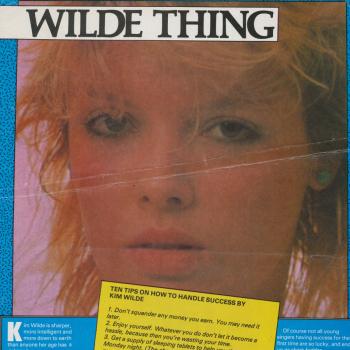