The discovery of Johnny

She is called Kim Wilde, she is English. Her last record 'Kids in America' has sold over 500.000 copies during the last few months. Kim is the daughter of Marty Wilde, the big English rocker from the Fifties. Johnny fell in love with Kim's hit, but when he heard that she was the daughter of Marty, for whom he has a big admiration, he absolutely insisted that Kim was to be the only woman in the programme he is currently preparing for Antenne 2. Thanks to Johnny, Kim Wilde and 'Kids in America' will conquer the French. 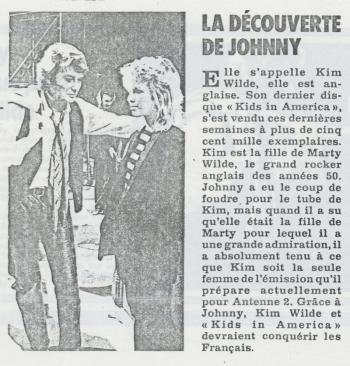 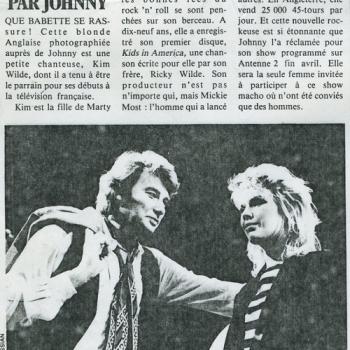 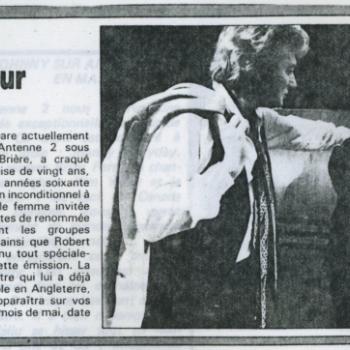