Kim Wilde started off the year being known as Marty Wilde's daughter. Then, because of her stunning blonde, tousled looks, she was hailed as the new Debbie Harry. Now, with three huge hit singles and a smash first album, she can stand up proudly as herself. Here she talks to Nina Myskow. 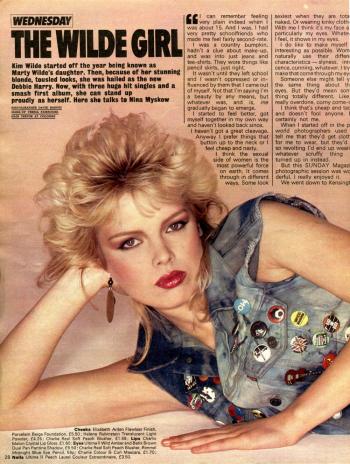 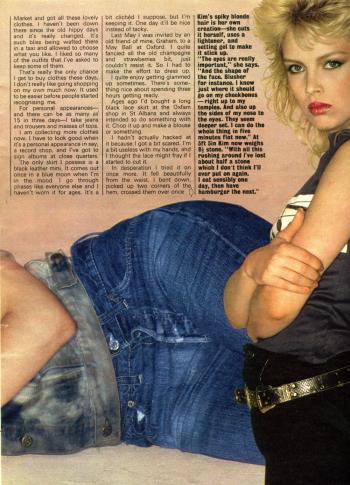 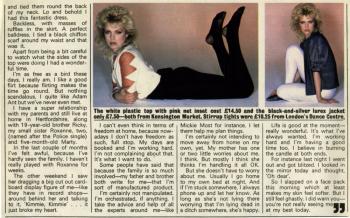