Kim Wilde has discovered it's not all glamour being pop's success story of the year. She'd been promoting her records all around the world for many weeks and the hard work finally caught up with her in the shape of bronchitis, then a heavy cold so she'd had to postpone our interview for a few days because of it, but finally...

"We've just been promoting abroad, we've been everywhere, Rome, Paris... you don't know where you are half the time - you think you're in Spain when you're in France or somthing", Kim told us.
"It doesn't really bother me going abroad because I know it's got to be done. It's usually a lot of fun but at the end of a three-week stint you can get a bit fed up.
"I like to be organised but when you're touring too many countries it's a disorganised sort of life. You can't put your records on - you fancy listening to a bit of Dave Edmunds and you're stuck with the same old compilation tape you made up three weeks ago, and you haven't had time to make up another one."
However, Kim's tour was only promotional - up to know she hasn't performed any live concerts but she's hoping to soon. "We haven't got a working band sorted out at the moment. When we record it's very much using Ricky and a few session guys. Most of the time that's just the way we are, working in the studio."

"I'm not saying it's the only, or the best, way of working. It's just the way it's worked out for us. Hopefully we'll be getting concerts together early next year. But I'm going to be very busy from now on because I've got my new single, Cambodia, out and I'm in the middle of recording the next album."
Even in the little spare time Kim gets, she doesn't stay idle. "The time I do have I put to good use. Like last Saturday. I went to four jumble sales in one day which is quite a feat! And on Sunday I took my car to a garage to get it mended. It's been broken for weeks. Then I washed all the clothes I'd bought at the jumble sales."
In fact it's jumble sales which help Kim achieve her own special individual look. For her Look-in interview, everything she was wearing was from jumble sales. She was wearing narrow green and white striped trousers, a fluffy black polo neck jumper with a black sleeveless cardigan over the top, and a pair of distinctly battered black and gold stiletto shoes.
"People don't usually recognise me at jumble sales. I usually go looking a bit scruffy and I don't think they expect Kim Wilde to be down at the local jumble sale anyway. Most people aren't intested in anybody else around them -- it's one big fight!
"I would go to the most expensive clothes shops in the world if they sold what I want, but they don't. Besides I don't really have the time to look around shops now."

Even though she had a famous dad (singer Marty Wilde), Kim wasn't really diffeent to the other girls at school, sharing their interests and ambitions.
"I wanted to be a vet when I was very small, until I realised it was easier playing vets with your dolls than having to spend seven years getting your degree for it!"
"Then I wanted to be a dancer and I was very serious about that. I did have lessons to a certain extent, but I had a normal schooling and that doesn't leave much time for anything else. I went to a very straight-faced girls' school. I did a bit of dance there - we organised a dance group. But it was nothing that's done me any good so I'm going to sort it out now if I get some time."

Kim has worked with her father in the past. She used to sing backing vocals with her mum at some of her dad's live performances when she was 16. "It was good experience. I grabbed at anything musical and lapped it up.
"I'd love to perform with dad some day again. But we've been very careful about each other because people have been saying things like "Kim's riding on the back of her father's fame" and "She's only in it because her dad is". That really undermines my reasons for being here.
"Dad's got a really lovely voice and I'm sure he's got a few hits to come." Kim said proudly. Perhaps people would then say he was riding on the back of your fame?
"Yes! That would bed a twist of fate - the final irony!", laughed Kim as she disappeared in seach of a mug of tea and a cheese sandwich... 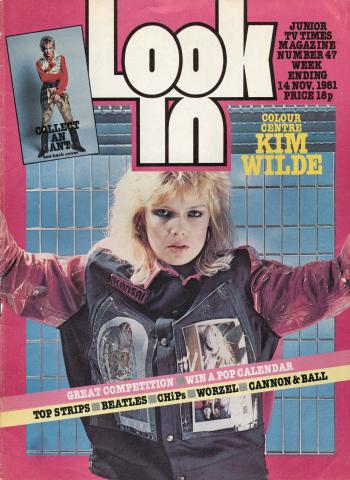 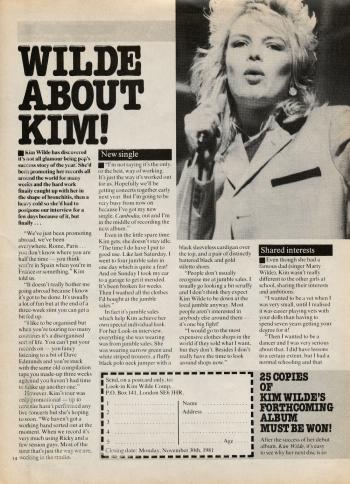 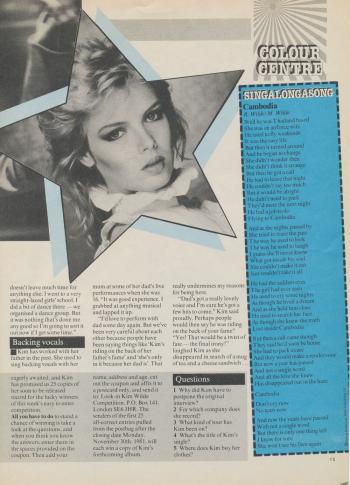 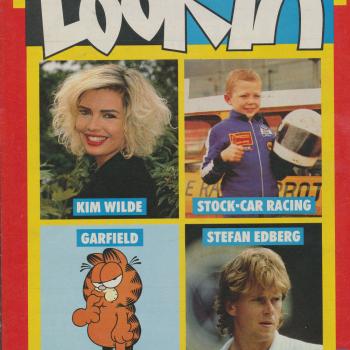 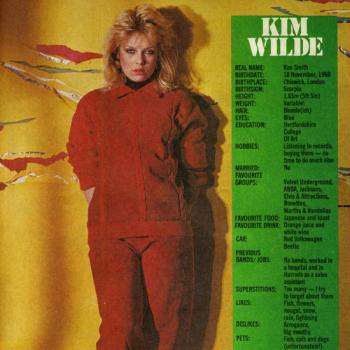 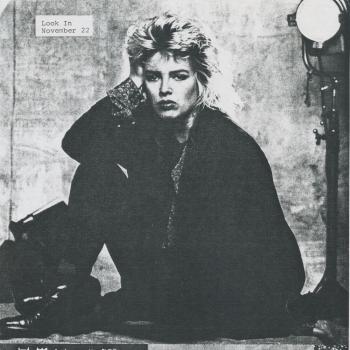 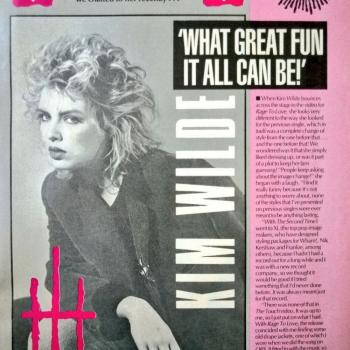 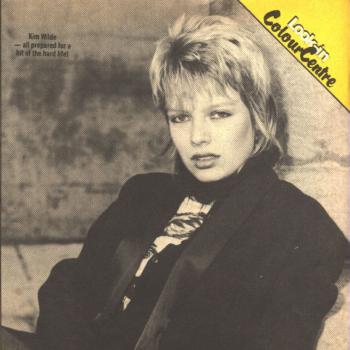