By coincidence (?) released on the same day, two extremes in the bracket pop, female vocal. They are separated by middlemen, middle of the road and compromises and that's good, because they are right across from one another. Kim Wilde with her pro-record and Nina Hagen with her anti-record.

Wilde first, of course. She wants to please: everything in the concept doctored by her father and Mickie Most is aimed at that. 'Select' must and shall sell well. The tracks are nice to hear, like we have gotten used to from Kim's first singles. Guitar bangs, bass skips, drums in merciless repetition, synths sigh and want... Kim sings undercooled, slightly rough and wild, but usually calculating and measured. The refrains always grab you and invite you to hum along: 'View From A Bridge' is such an example.
'Ego' and 'Words Fell Down' are strong Wilde songs, but especially 'Can You Come Over' is weak sixties bubblegum pop carbon copy of carbon copies, like Blondie offered us previously. That way we get away from the original too much. Kim per album is too much for me, but on her favourite distance, the 45rpm, she's still smart enough with smart, inviting pop music. On 'Select' a few examples can be found and the lovers of this genre may be able to get the whole album. 'Select' is easygoing, it's a 'now' record.

'Nunsexmonkrock', on the other hand, is by Nina Hagen. And Nina is not from now, especially now. Nina is from all times. She hasn't made a record with pretty pop tunes. No, she doesn't please, it's not easygoing and she doesn't even try to be for two sides of the record. Nina is Nina, crazy or not crazy. She is in her own world somewhere in L.A. with Ferdi (?) and her baby (see the wonderful Madonna with child sleeve). And every now and then she lets out a few confusing thoughts. For instance: "Eines Tages sind wir frei" ("One day we'll be free"), "Now I'm free, I found the key and I love everybody", "I believe in Jesus, I preach it loud and stark", "Moscow is gonna be kaputt, Washington is gonna be kaputt", "Cosma Shiva, in any case we are in space, lieber Gott in space", "Glorious bible, dynamic message". And so on.
German and English mixed through one another, Jesus, Bukashkin, Einstein, Shiva, a screaming, yodelling, yelling cretology rolled into music and with that having nothing to do with music.
But Hagen lives and as a person is much more sparkling and interesting than barbie Wilde, I find. Her problem is her means of communication. 'Nunsexmonkrock' asks of the listener to enter completely into her world and asks the impossible with that. 'Select' asks nothing of the listener, but comes towards him or her completely. With that Wilde delivers a better product, but Hagen still wins as personality. It's an interesting confrontation. It's your choice. 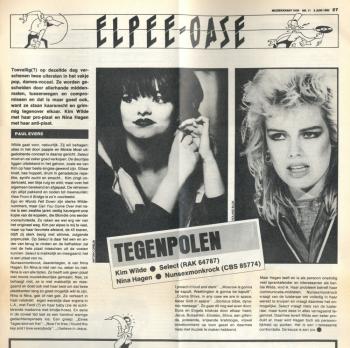 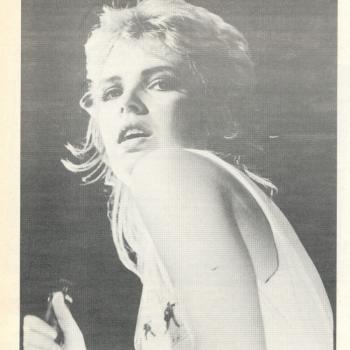 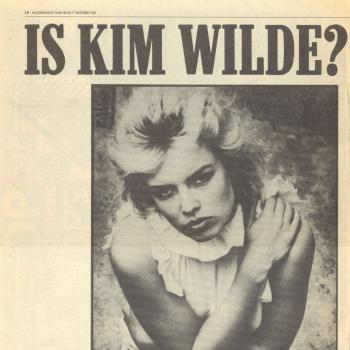 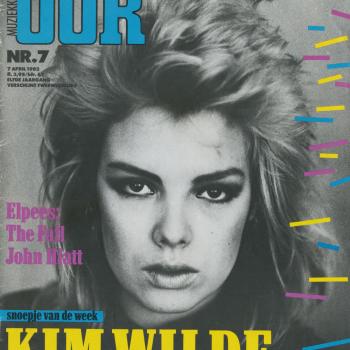 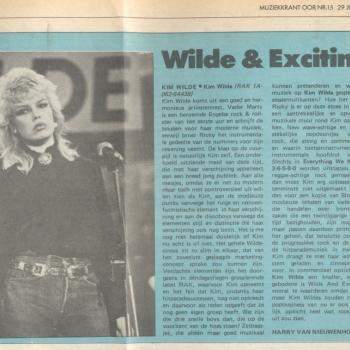