Kim was really nervous, because this was the hour of truth. Her first concert couldn't fail, because that would have bad consequences for her great career.

Kim didn't talk much that day. She got a little irritated with people who were working for her tour that would start that evening. She was only talking to Ricky, her brother. Kim would say in an exclusive interview with Muziek Expres later that "I never had such fear for an exam before".
Poor Kim, but she did get through it bravely. "The worst moment was right before, when I saw thousands of people sitting there from behind the stage. I got butterflies in my stomach. One for every fan."
After seeing all those people, she locked herself in her dressing room. Not for long, because Ricky went for his sister quite soon after that. She heard the cheers in the hall. Before she realised it, she was standing on stge to get the ovation. The nerves were away when the band started "Kids in America". Kim got wings and sang for 90 minutes. What an evening and what a night, because after the concert there was a party for invited people. ME's special reporter was there too. He heard from Kim what went through her when she was there all alone on stage, but also what went on in her dressing room (to be continued). 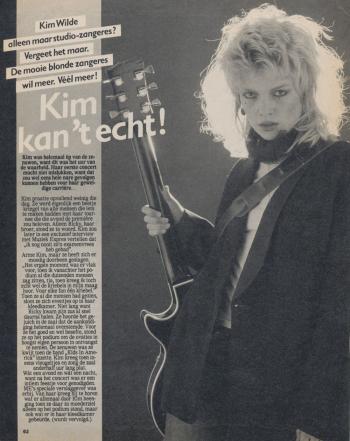 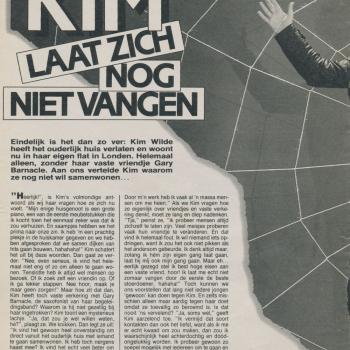 Kim doesn't let herself be caught