Kim Wilde was born on 18.11.60 in St. Albans in Britain. Her father was a well-known rock'n'roll singer at the end of the 50's. At 19 Kim recorded her first hits - "Chequered Love" and "Kids In America", which immediately gave her huge popularity. He first album was called Kim Wilde and the next singles, "Cambodia" and "View From A Bridge", strengthened her position in the music market. One of her recent hits is "Child Come Away". The following address could be used by fans who want to write to the singer: (EMI address) 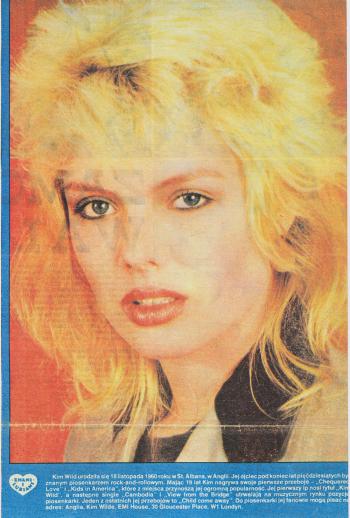