Kim Wilde is 21, and the third in a family of Wildes to tread the boards musically. Her success is greater than that of her brother Ricky, and potentially as great as father Marty - two people for whom she holds particular love and affection. But how much of Kim Wilde is Kim and how much of her is a Rak product? Who is she and where is she going? Glenn Evans asks the questions; Kim provides the answers and shows that even if she doesn't know what's going to happen, she's going to be prepared for it...

It would be churlish to attribute Kim Wilde's success purely to her family connections; equally, it would be untrue to deny that these were of considerable assistance. Kim is quick to credit her father and brother, but is she reliant on them for her success? Could she do it alone? Does she want to break away "do her own thing"?

"Unfortunately, I'm not very forwad thinking in that way: which is not good for me. It's good if you can see the future in your career. But unfortunately I can't. I'd probaby be a lot better off if I had a clear idea of what I want to do, but at the moment I'm just enjoying it."

Most people, one supposes, would, in her position, have all sorts of plans for the future; on the other hand, if she's enjoying it, there's no obligation to pressure herself. But she wants it all to last and she's not oblivious to the pitfalls of her profession:

"Sometimes I think, where are Sweet? Where is Gary Glitter? Where

[remainder of the article is missing] 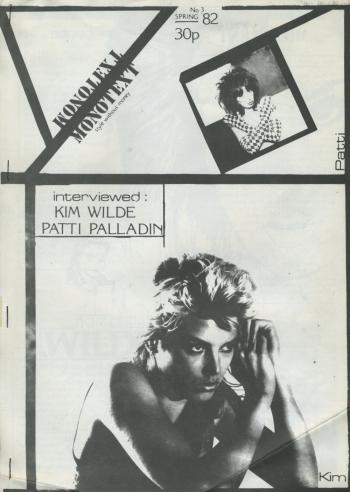 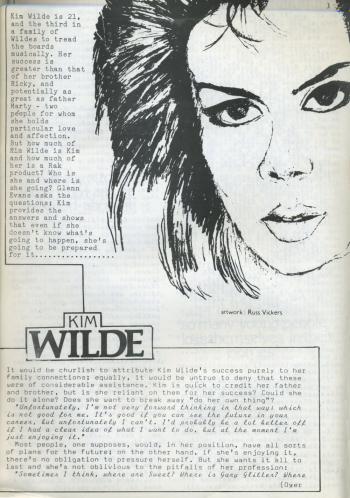