1956. On a beautiful spring day is born a charming toddler, blond hair and singing partner indeed the name of Marty Wilde, occupation: rock singer. At the town hall, he 'saves' his work under the title of Kim Wilde's and feeds for a few good years of rock-pop-soul vinyl. The collection of Wilde's dad is pretty and the younger Kim will find food for the love of music. In high school, youth groups flourish, but she just listens until the age of seventeen years. And, under the guidance of her father, she learns to place her voice again after tchicboum and follow a score. After several years of school and vocalizations, Kim embarks on the composition. Everybody sings at home, Daddy as well as mother, her brother and sister, but Kim wants to stand out, sing songs other than Dad or others. She made the right but his father is so strong that his melodies are similar to those of his father, and worse. Kim is a realistic girl, she decided to limit herself to interpreting: her brother and her father write, she sings. When asked about the idea she had of her future when she was young, Kim replied very seriously that it has always been to stop smoking. The fact is that the year 1981 sees out of the discographical presses an album called 'Kim Wilde'. A quick view at the disc allows you to see the Wilde family is a united family! Dad wrote, composed and produced little brother, little sister sings, why not? In any case, the result is appreciable, the voice is new, modern words, as the melodies and sound, Ricky Wilde is learned as a leader for an album you stick in your head, time for listening. The hit 'Kids in America' that moves gently to the 'Tuning in tuning on' flowing like the River Thames, Kim swinging cradle to the eardrums with professionalism. The album became a success and Kim joined dad on the stage of popularity. We begin to see her on television but not more than you need, Kim will not let herself be sucked in by glory. Many proposals for roles in film and tributary flow back as dry. The only images that are eaccepte to turn those videos. 'Kids in America' and 'Chequered Love' showed the character in a normal apartment, his new title this combodgienne lost in the jungle, plagued by nightmares of dark, surrounded by snakes and other small things nice.

Do not tremble and watch the video of 'Cambodia', the colors are superb, the completion and quality music. Miss Wilde loves the stars when they were in favor, read the music press, wants to buy all hard what she likes, likes to follow fashion without including zoot suits and the colors of the psychedelic revival, plays piano and guitar itches, think often love and ideal man, would finally mother if they found your soulmate. In this regard, note that appreciates French cuisine and has nothing against the French boyfriends, with nice word to hello!

Returning to the singer, Kim would base a group willing female, so, for innovating in music. For the latest news, I learned that the release of her second album is imminent. Hope that this opportunity will occur this delightful person on a French scene. My that it may be difficult to reach the top but I'll make it, witness Ramon Spliff! 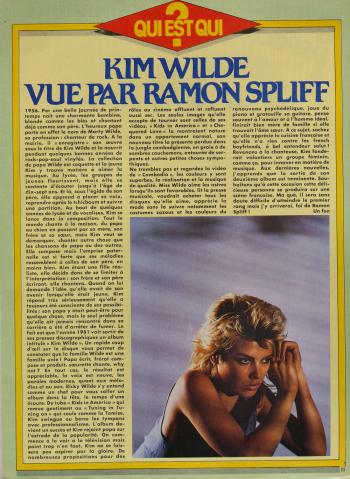 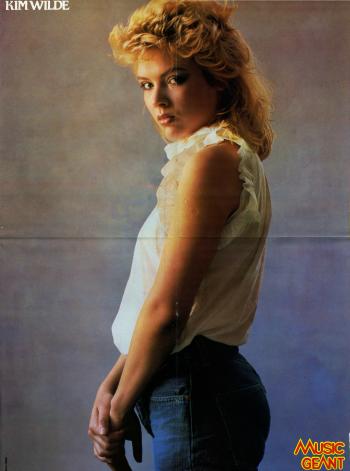