Voilà. The second album of our blonde heroine is just falling hot off the presses, and it was necessary to bring Kim to Paris to be able to shed her ear in the grooves. Now as you can, put it in your teeth and make it your honey.

An entire day spent scouring London arm in arm, or almost, will not at all satisfy our ever growing hunger for the beautiful Kim. Far from it. Not accepting any compromise, we ambushed her in her favourite: Paris. Anticipating the trainer from place to place, by a route chosen by her, we had a sunny day which would turn any organiser of sightseeing in the capital green with envy. Lack of time, alas, made us have to accommodate ourself with ersatz as follows: a plastic Eiffel tower in the night of a meaningless studio. By way of an unspeakable privilege on the time of going to press, Kim gave us a listen almost exclusively of her second album, discreetly called 'Select', in the environment of her record company home in Paris.

Saying that Kim loves Paris is a bit of a euphemism: it's like crashing through an open door. As embroidery on the corners that she would attend if she had time to do that is definitely a different story. We walk on eggs. We already know that if Kim has nothing against Mr. Eiffel's preposterous construction, she prefers this alterntive construction of the World Expo of 1900, the link between the Esplanade des Invalides and the Grand and Petit Palais: the Pont Alexandre III. The grandiosity of the whole conjugated sly-looking gray-green cherubs, fills her maiden romantic sensibility. As at the Pompidou Centre Beaubourg, he won the award for its architecture and its alloys bold colors. For, despite commendable efforts to keep Kim is decisively 'rock', it is apparent fragility of the feminine character: the ubiquitous black in her outfits and her refusal to pose in situations that are not 'rock', seem somewhat laughable when, at the turn of a smile or a shrug of the shoulders, the mask falls.

Whether one listens to the new album by Kim Wilde to persuade the blonde and exciting citizen belongs more to the world of pop colorfast, even of the variety, than at the black rock, hard way Stranglers that England is hard to produce in abundance. 'Cambodia' was a foretaste of the horizon rather explicit rose that opens before it.

The cover photo of 'Select' is that once flourished. Angelique, shall we say. And the ten songs which packages are not less. Conducted briskly from one end to another of the album with a disco beat almost, chopped mat, we can only blame them, like Kim's face, to be a bit monotonous. Apart from 'Cambodia' and 'View From A Bridge', the next single, which each contain, glockenspiel helping their small dose of mystery, the tone of 'Select' is decidedly lighter. Through songs, love is the desire that draws without respite, through the inevitable thud and percussion and the shrill synthesizers, led by low Inaria jogs. Too bad that the voice was not the magnitude of a Toyah or introverted mystery of a Chrissie Hynde. The voice of Kim navigates between two waters, two tinted waters of grenadine and mint. Two waters outright pop. 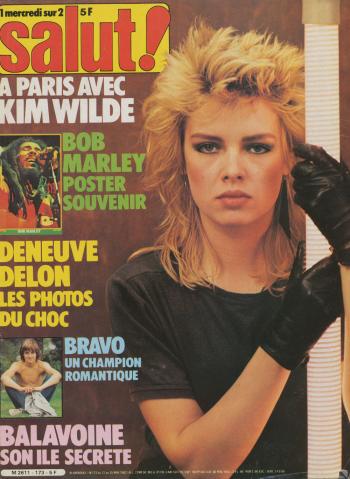 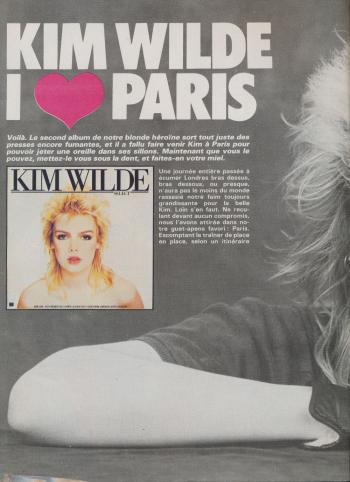 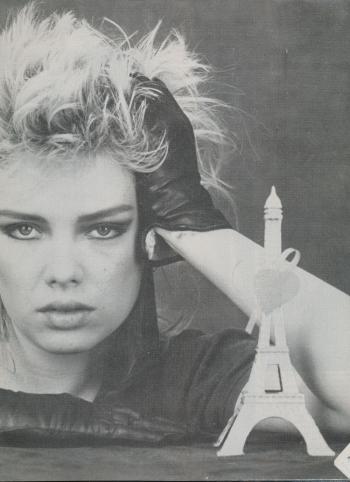 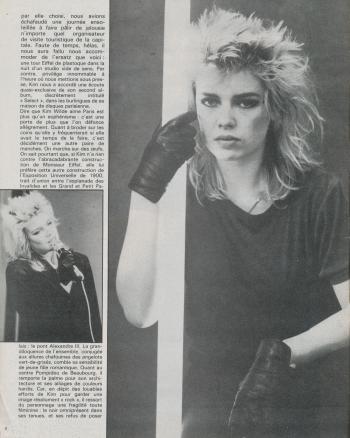 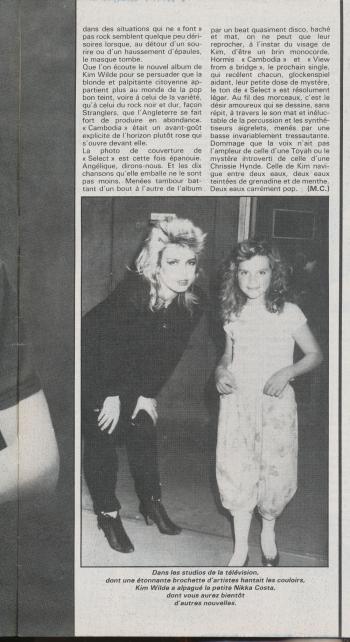