Many of Kim's heroes are in fact heroines, some of them from the past and some right up to date. "They vary", she ays. "One minute it's Joan of Arc, the next it's Marilyn Monroe. She took such a good picture and was such a good model. I admire her for that. I've had my picture taken so many times that I can really respect someone who can put herself across like that."

Kim is eager to avoid any comparisons: "I avoid talking about her, as I did about Blondie, much as I love Debbie Harry. I think she's magic!" 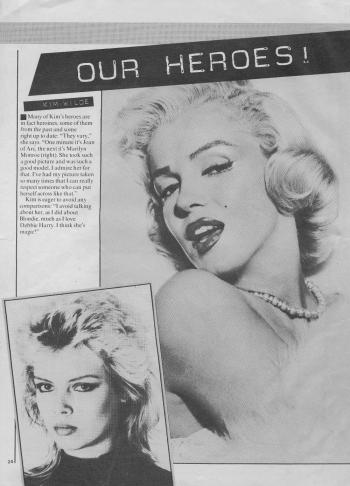 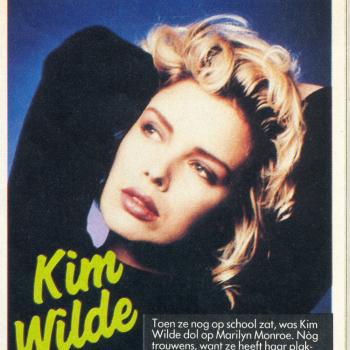 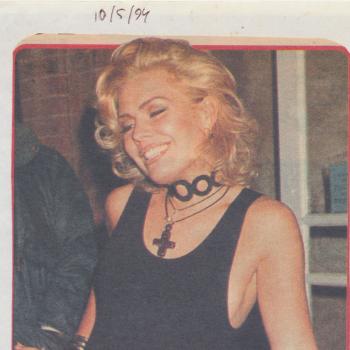