(...)
And here's two more discs from the oddities corner. Number one is from Kim Wilde, who is loved by us all. With 'Bitter is better' she breaks with the tradition that she only works with the Wilde family clan.
'Bitter is better', originally only released for the Japanese market, finding its way to Europe via dark roads, was written by Ippu Do guitarist and producer Masami Tsuchiya (now with Japan) and sounds like a good combination of 'Kids in America' and 'Then he kissed me' from the Chrystals (RAK, Japan). 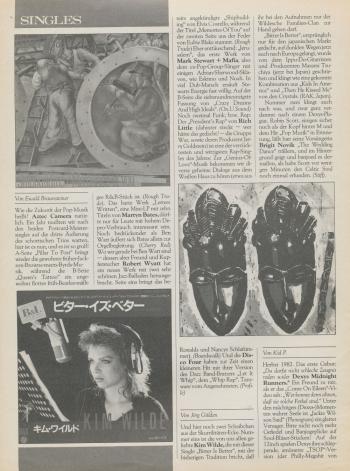