Tingling with tension, pop singer Kim Wilde is poised to burst on to a scene where her father starred decades ago.

Marty, whose string of hits included Teenager in Love, may be a hard act to follow. But blonde Kim, who topped the charts with Kids in America last year, has inherited enough talent and ambition to go with those Wilde looks.

She got a tumultuous reception at her nervously-approached first live show, in Denmark last month.

On stage in Bristol tonight, at the start of a swing through eighteen cities, she has to prove herself as an audience-dazzler here, too.

Her father is sure she can do it. He did. 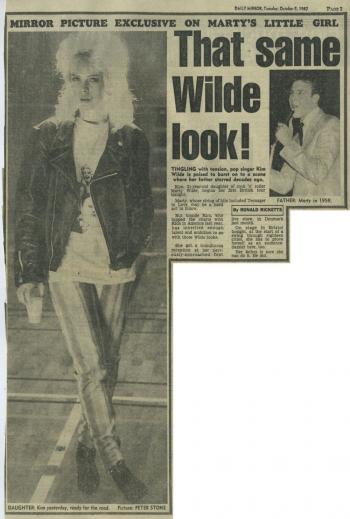