It looks like Kim Wilde will soon be making her film debut. The blond singer is set to play the role of the girlfriend of a motor racer, played by champion Barry Sheene.
Director Joe Massot says he's only waiting for Kim's definitive agreement. Kim is said to be very interested, but has to reorganise all her other commitments. 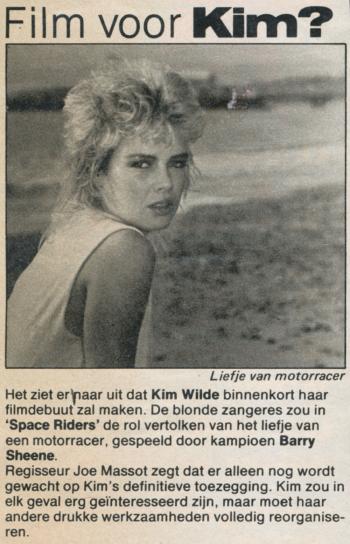