Kim for the kids

After ending her successful European tour Kim has divided her time between recording the new LP and a few guest performances in various benefit shows. She also had some time for rolling around with a Latin saxophonist. The flesh wants something too. In the shows Kim performed with one Big Daddy, a famous wrestler who is raising money for poor children. He asked Kim for a television show and she showed her golden heart. And long legs. But that aside.
It's not all well in the Wilde residence. Kim desires big hits and the writers, dad and little brother, have not given her much. Hits now, or else I'll move in with Boy George, she seems to have threatened. That's how rumours get into the world. 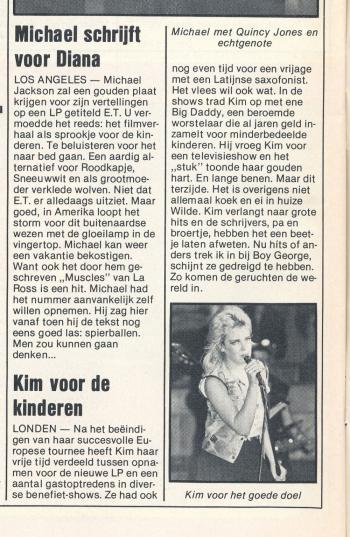