Singer Kim Wilde: "I dress nonchalant and that's how I am"

Her latest single "Love blonde" has become a giant hit in no time. And now there's a new album by her in the shops. Kim Wilde is the name of this 22 year old superstar. She is stubborn and selfassured and likes to be as independent as possible. She wants to decide for herself what she's doing, also in the way she dresses. Her favourite colour: black.

In her simple sweater, "I bought this second hand" she says, Kim Wilde looks like a real 'normal' girl. Something she may want to be after all. And even though she has the moods of a spoilt little star, there's something natural and likeable about her.

Do you sing about yourself in the hit 'Love blonde'?
No! Not about myself, but I do sing about the type of girl people take me for. It's about all the cliches about blondes, that they're sexy, but dumb and cool, etcetera. I think it's a funny lyric, but you shouldn't take it literally. It doesn't matter to me that the media portray me as this sex symbol, or that people really see me like that. They don't really know me, and they don't know any better than that. As long as they buy my records and accept me as an artist, I am very satisfied.

Your blonde hair is very famous nonetheless.
Most blondes really want to be brunettes. I have this really uninteresting colour by nature, and at first I wanted to have my hair dyed black. I didn't do it because my best friend had just coloured her hair black, and I didn't want to mimic her. In the beginning I had it dyed right down to the roots, I looked like a torch. I like to do my hair and make-up myself, because I think it's a waste of time and money to go to a hairdresser or make-up artist. I also try to do most things myself, because I don't like to be dependent on other people.

What kind of fashion do you like the most?
I don't like 'fashionable' fashion. Sometimes I make an effort, but I feel best in nonchalant clothing, and that's the way I am. Clothes have to express who you are, and how you really feel, otherwise it all gets very artificial. Someone who looks like she's just stepped out of a shop window is boring to me. I prefer to look a little 'messed up', it's much more spontaneous. I don't like formal things either, and you can tell by the clothes that I wear. I have to feel at home in clothes, and I don't spend too much money on them. Often I make alterations on the clothes I buy, and I often buy second hand.

What's it like being recognised in the streets?
Whenever it happens, people often react very nicely, but I don't have to hide, really. I daily life I use less makeup, and then people have a hard time recognising me. And when I don't want to be recognised, I wear a hat, and no-one knows that I'm Kim Wilde.

What do you like most in people?
When they're true to themselves, and not try to keep up a façade. I will accept them, even if they're not nice to me. I can smell it when someone is playing a role, because I often have to do that myself in this business. Then I think to myself: What do you have to prove?

What does success mean to you?
The nice thing is that it allows me to go on with what I like to do: singing. It means a constant challenge to keep up my current level. Of course it is a threat at the same time, because I've come to a point where I have a lot to los. Sometimes it becomes a pressure, I look at myself in the mirror and ask myself: what will it be like when I get older? Fortunately it's not only my looks that are important, but also my voice, and that will remain.

You have recently bought an apartment.
It's a space where I can be myself, and I can't be that anywhere else right now. I can step back a little, and think about things. I haven't decorated it yet, I haven't even got a mattress! I am searching for antique furniture, looking a little modern as well, a bit in the style of the Thirties. It won't look like a page in one of those interior design magazines, but it will be cosy without it looking too snug. It has to be practical and give a sense of space.

Do you have any plans?
I am going to write a song for Dusty Springfield, whom I've always admired. I will send it to her before the end of the year, and I am very curious as to how she will react. 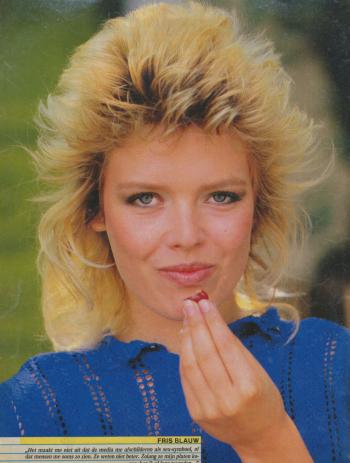 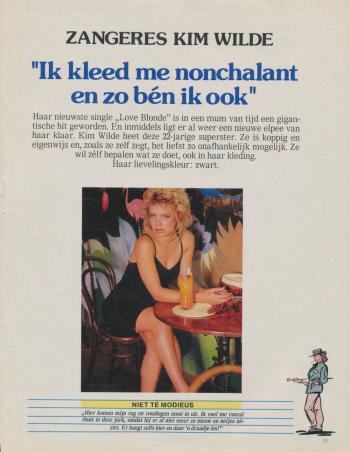 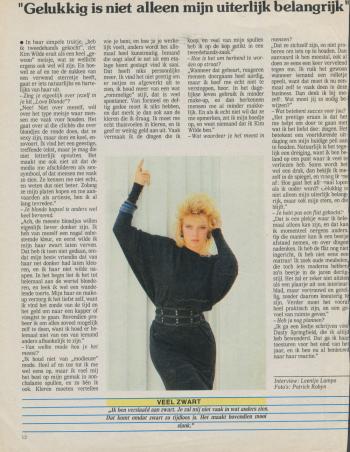 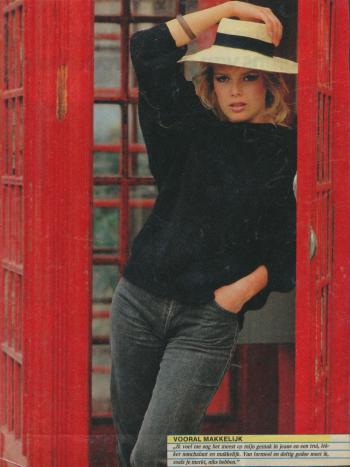