Kim: her father was a popstar

Blonde manes, pouting lips, big bluegrey eyes, 1,68m tall - Kim Wilde is the woman of your dreams. She was born on November 18, 1960 in the English county of Hertfordshire as Kim Smith. She has taken her stage name from her singer-father Marty, who was popular in the fifties. In 1981 she started her career with the hit 'Kids in America'.

This is how Kim changed. With her father, rock singer Marty Wilde, mother Joyce (left) and her brother Ricky (in the middle) she performed from time to time already ten years ago. At the time she still laughed - and showed her inclined corner teeth. In 1980 she had them put straight. Out of the girl from that time she has grown into a sexy singer.

A hairband restrains the manes, her hips are decorated with a bullet belt - Kim has grown more selfconfident, isn't told what do so much anymore, and takes charge of her preferences and taste. She proves it by looking the way she does, when she sings songs on stage like 'Love blonde' and 'Dancing in the dark'. In 1982 she left her parents' house and now she lives in her own apartment. Since then she has given up smoking and she eats vegetarian since three months.

In her band she is the boss

With the boys in her band she has had a special relationship until October. Brother Ricky was the musical boss as a guitarist and boyfriend Gary Barnacle played the saxophone - but it's over with him now. Kim directs everything herself now. "Sometimes the discussions about the music continued privately, now they have been separated sternly", she says. The line is drawn, in her band there are only musicians now.

Before her pop career she went to Art College in St. Albans. Above Kim shows her works from that time. In Autumn 1980 Kim did her exams and made the first steps in the showbusiness in secret. Her father was against it.

Kim wears Elvis on her t-shirt or simple black shirts now. That's how she presented herself during the tour '83. She celebrated her biggest triumphs so far. Her performance on "Thommy's Popshow Extra" and the hit "Love blonde" were the highs of last year. She isn't talking about crises anymore. Gone are the times when she showed herself ladylike in blouses, cardigans or jackets to the audiences. 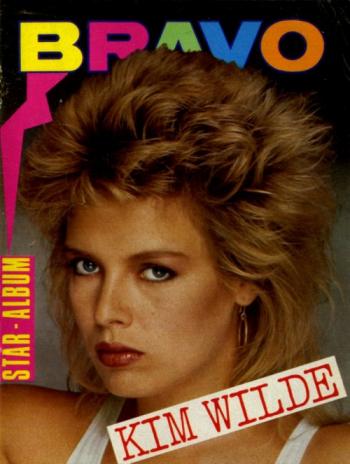 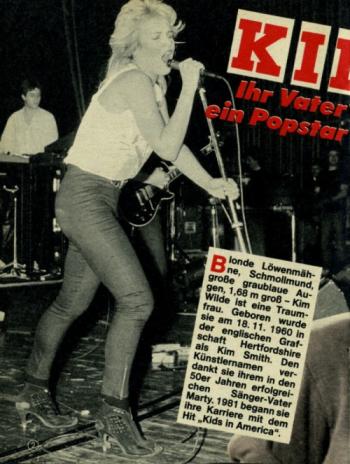 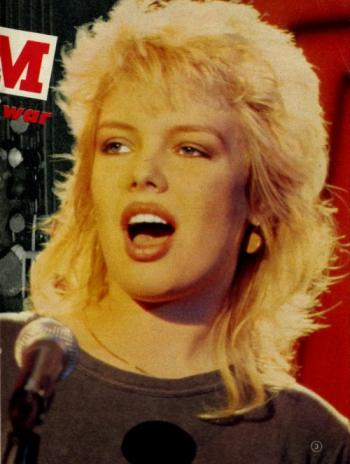 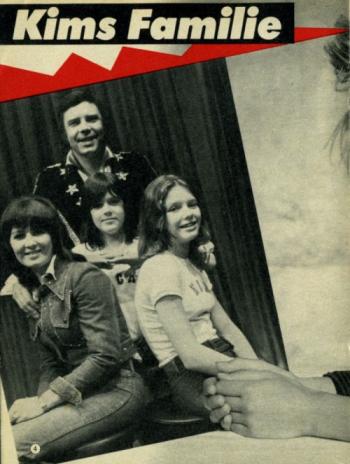 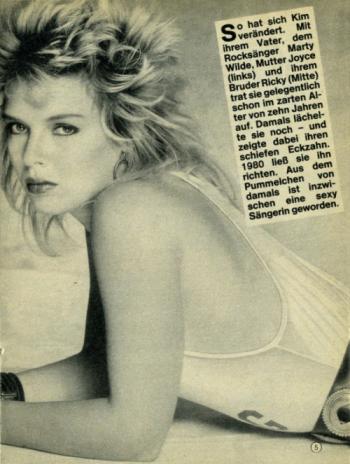 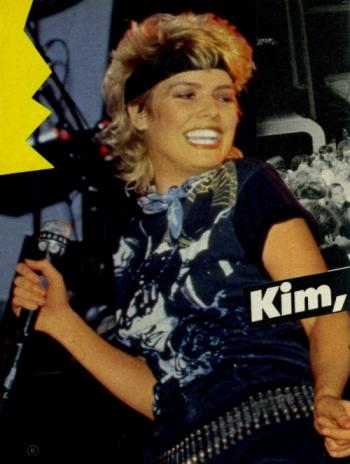 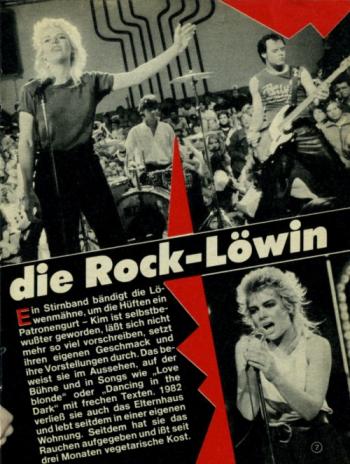 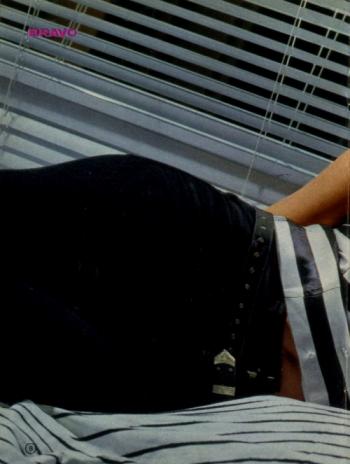 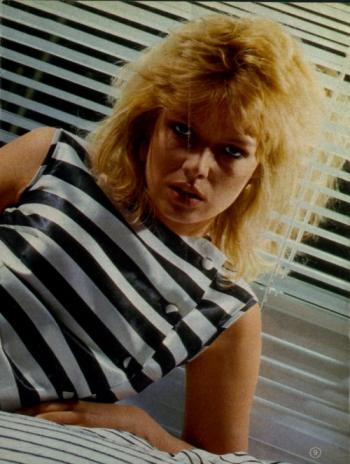 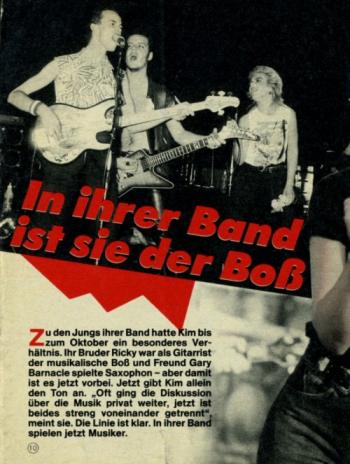 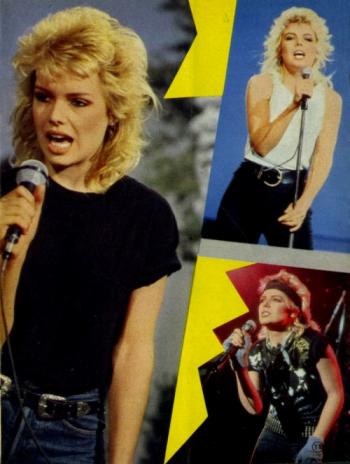 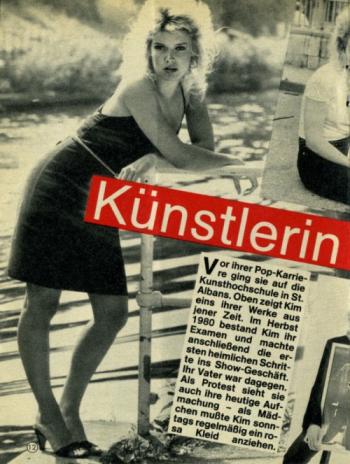 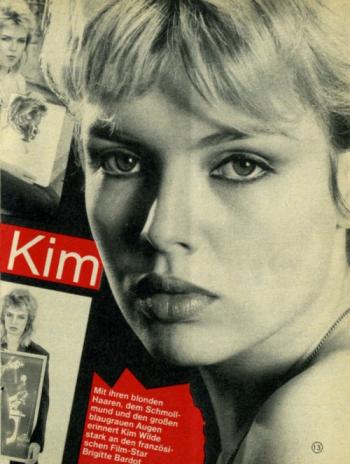 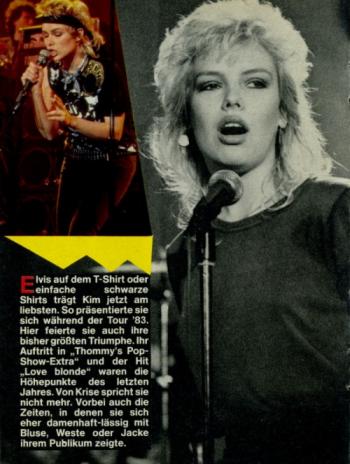 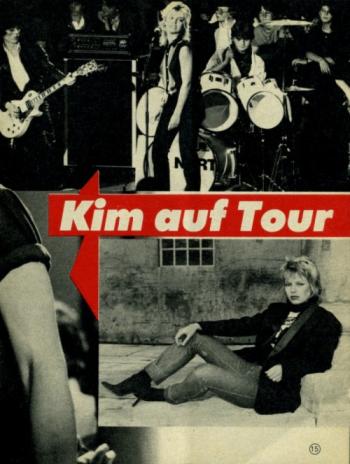 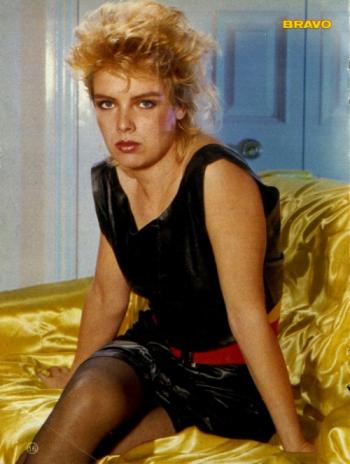