A brand new Kim Wilde album with a direct surprise: Kim composed and wrote two songs ('Shangri-la' and 'Fit in') and contributed lyrics to 'Thought it was goodbye'. Strangely enough these are the emotional peaks of the album 'Teases & dares'.
The rest of the songs was written by brother Ricky and father Marty Wilde. And that family collaboration is the problem: the Wilde duo writes according to a standard scheme which doesn't leave much room for other people's songs. Only one thing left: it should contain hits. I hope I'm wrong, but I fear that 'The second time' is the only real hit on the album. 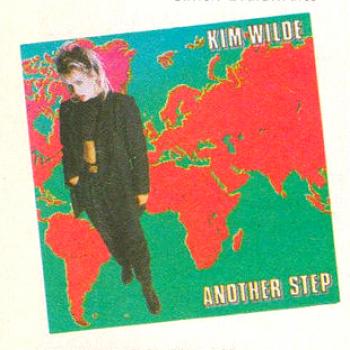