Kim Wilde: all the rage

Kim Wilde is the golden girl of British pop music. She's currently celebrating her latest hit Rage To Love. BEEB stopped her long enough to get the lowdown on her high style...

LEISURE: I don't do anything regularly. I like buying records. I'm very interested in photography - I have a Pentax camera. My shots are all simple things. I love driving, going to parties and meeting friends, and going out to dinner.

TELEVISION: I'm not a great television addict. The only things I watch are Spitting Image and Ski Sunday.

CLOTHES: I don't go shopping as often as I would like to. In a way I'm glad because clothes can become more important than they should be. I go to places like 'Hyper-Hyper' in Kensington, London, as well as Kensington Market, Kings Road, Chelsea, and Sloane Street.

FOOD: I could be a great eater but I have to watch my diet. I love Vietnamese food - it's like Chinese but they add dishes that are different. I also like Chinese, Japanese, Italian... I could go on and on.

CAR: I've got an old BMW. It's always breaking down but I love it.

HOME: I have a flat in North London. It's spacious and decorated in a light, practical and homely way. I've also got a large record collection.

FILMS: I like planting myself in the middle of Leicester Square, where all the major cinemas are in London, and finding something I fancy. I recently saw the new Dudley Moore film Micki and Maude which was quite entertaining. I alo liked This Is Spinal Tap - a spoof film about a rock band.

RECORDS: I went out recently and bought the Go West single 'We close our eyes' and an American LP by a rock band called Los Lobos. I'm still captivated by the RAH Band's 'Clouds across the moon'. I also like Madonna and Chaka Khan.

SONGWRITING: I only recently started on my last LP Teases And Dares and I was quite surprised at the good reviews it received. I've got into the habit now of writing regularly and it's become part of my life.

HAIRCUT: I haven't had it done for a while but I usually go to a London salon called "Smile", where they colour it - I always get that done professionally. Most times I cut it myself or get a friend to cut bits off!

MAKE-UP: I've had a lot of people do it for me but I generally apply my own. I spend a lot of time on cleansing and moisturising. I have to look after my skin so I spend more time taking my make-up off than putting it on.

FITNESS: I used to use weights and Nautilus training equipment but I've been on tour and that has been keeping me fit. I do a lot of running, swimming and playing squash. I also do dance classes in the modern jazz-rock styles.

SECRET AMBITION: I'd like to write a hit song for somebody else and write the music for a film. 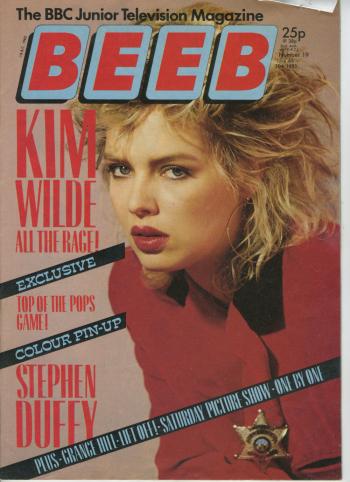 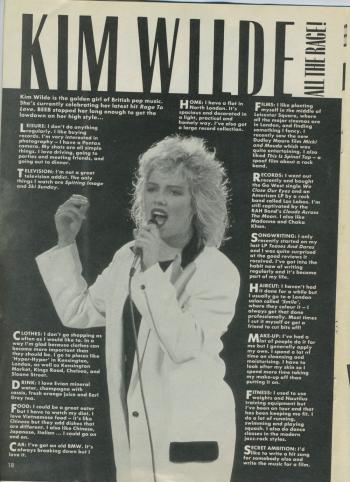