Kim Wilde intimate: 'I am looking for the ideal husband'

'I don't think I would ever want to do a different job', says Kim Wilde. 'As a child I wanted to be a journalist, because they travel the world. But the pop business provides the same benefits. Even though it's hard work sometimes.' The blonde singer tells all about her existance as a single woman.

Have you had any regrets so far for having left your parents' house to go and live alone?
No. I see my parents and brother less than I used to, but it doesn't mean I stopped loving them.

You haven't considered marriage yet?
Not at all. I am still looking for the ideal husband. He doesn't necessarily have to be a musician. He has to be good at what he's doing, whether he's a carpenter or a doctor. I love sensitive men. I also like bizarre types like Jack Nicholson.

What is the first thing that attracts you to a man?
His eyes. I hate it when someone doesn't look you in the eyes.

Would you want to have children?
Of course. I would like to have five or six. For the moment I am too busy to consider motherhood, though.

Your boyfriend Gary Barnacle doesn't tour with you anymore.
That's right. We came to an understanding that it was better to go our own ways professionally. That's why we also decided not to go and live together a year ago. It is the only way to keep our relation flourishing.

What does your bachelor pad look like?
Very ordinary, really. Two bedrooms, a large living room, a bathroom and a small kitchen.

Is it very lively over there?
No, because I have very nice neighbours and I wouldn't want to be a nuisance to them. Every once in a while I do have some friends from art college over. We drink some wine and share good memories. Big parties won't happen though.

What do you like to eat?
Although it is bad for my skin I love exotic meals. I also like macrobiotic food. I am not a vegetarian but I don't eat a lot of meat.

What is a special day for you?
Most of all I like having lunch with a couple of friends. Whether we have it in a restaurant or a pub doesn't matter. And I also like shopping.

What do you buy?
Mostly clothes and electronic stuff for my music room. Those are usually expensive.

What do you do with the money you earn?
I don't take care at all. I don't even know how much I have on my bank account. I am being helped by the company, Big M Productions. They make sure that I receive the money. That's a good thing! 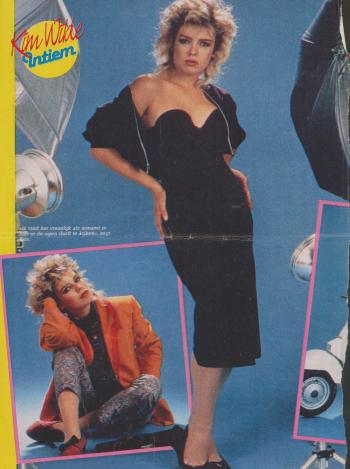 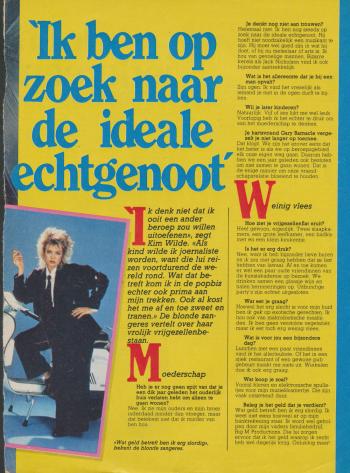 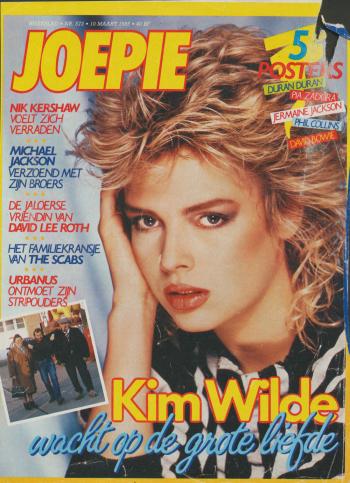