1. Ain't Nobody - Chaka Khan
She's quite simply a brilliant performer

2. We Close Our Eyes - Go west
Love the singer's voice. The video is good too.

3. Clouds Across The Moon - The Rah Band
I used to think it was incredibly naff. But it's grown on me.

6. I've Been Wrong Before - Dusty Springfield
Quite an old one. I'm a big fan of Dusty's.

7. Anarchy In The UK - Sex Pistols
I was never a punk but I liked the Pistols. They were so funny.

8. Rock 'n' Roll - Gary Glitter
At that time, in the early 70's. music was very drab. And then Gary burst onto the scene - completely over-the-top and glam. I was a member of his fan club.

9. Off The Hook - The Rolling Stones
The B-side of 'Little Red Rooster'. Very Chuck Berry-influenced. The lyrics are quite original. 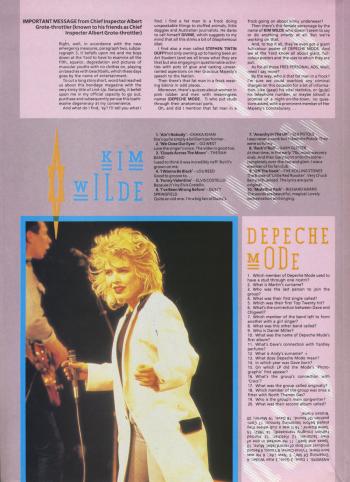