Singer Kim Wilde and comedian Mel Smith recorded a musical theme for a campaign to rise funds to fight hunger in countries such as Sudan and Ethiopia. The record is called 'Rockin’ Around the Christmas Tree' and is a funny evocation of Christmas Season.
The solidarity campaign started with the release of this single signed by Mel & Kim and at 5th February of 88 will reach its high in a television programme of seven hour, broadcasted by BBC. 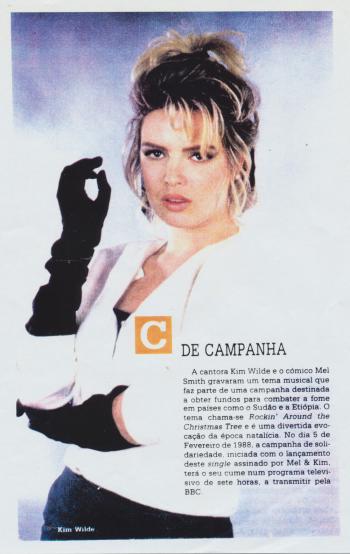