Pleads the patient, confident, unblushable Kim Wilde, who's just made a rompy video for her new single with four hunky chaps and is suffering the slings and arrows of outrageous press fortune for her trouble. Andy Strickland talks comebacks, fame, AIDS and number one singles in America... 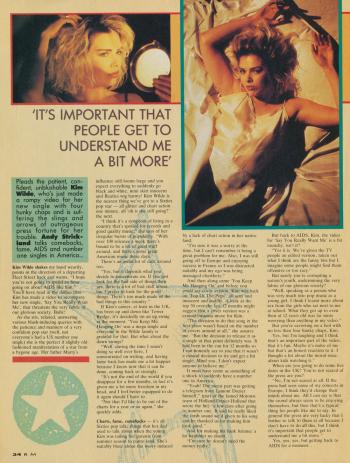