Pop star Kim Wilde is to return to her roots by moving into a £200,000 16th century barn in Codicote. Kim snapped up the timber-beamed Great Barn at Sisservernes Farm along with a pond and three-and-a-half acres of land.

But the solo star who shot to fame in the early eighties will have to pay another £200,000 to convert the barn into a three-storey five-bedroomed home.

Kim who now lives in London will be just a stone's throw from her parents' Tewin home and not far from the family's recording studios in Knebworth. On seeing the barn with Welwyn estate agent Bryan Bishop she said: "I love this place. I want to have it."

Mr Bishop said the barn was once owned by Henry VIII's surgeon, and Kim - who made the appointment under the name of Miss Smith - was instantly attracted to it.

Planning permission to convert the barn into a large house has already been granted. 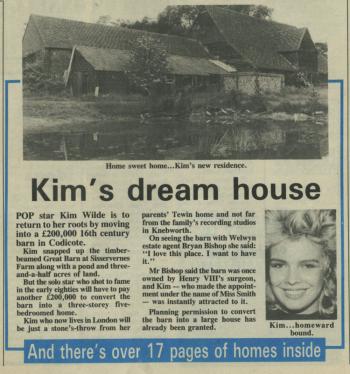 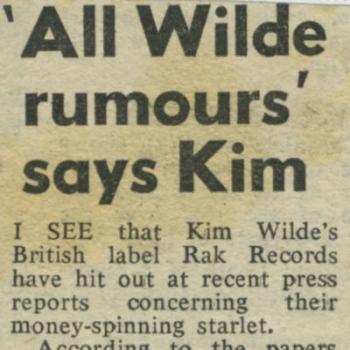 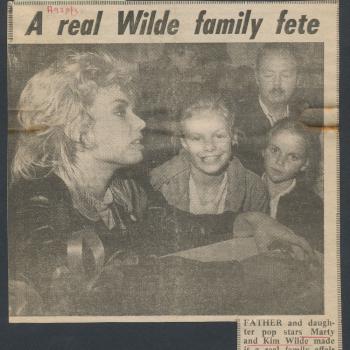 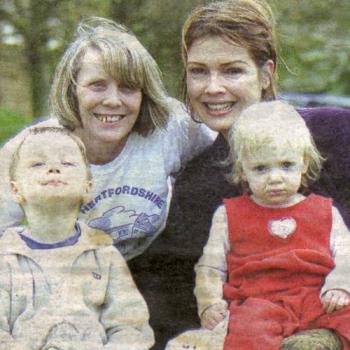 Another vintage show for Kim & co 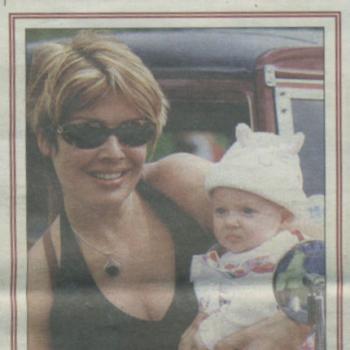 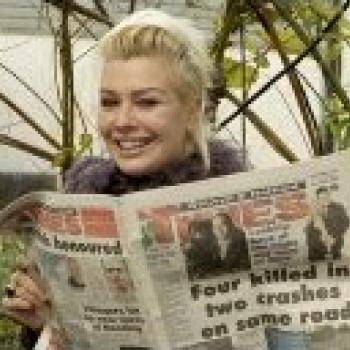