House music
What's that? I suppose it could be the music they play before the play begins. Is it?

Filofaxes
I had mine stolen on tour, and it broke my heart. Not because of the addresses in it, but because it had a lot of personal notes scribbled in it, feelings and stuff. Highly personal stuff that The Sun would love if they could get their greedy little mitts on it. I freaked out. You hear all these jokes about people having to go into therapy after they've had their Filofaxes stolen and I was like that for weeks.

Peroxide
They day I first bleached my hair I was at art school. I was very impressed by my friend who had dyed black hair like Siouxsie, because she was making such a positive statement about herself. I was a big fan of Debbie Harry at the time and I made the decision to go blonde without telling anybody. I went to a hairdressers in Welwyn Garden City and they did it right down to the roots - it just glowed! I made the mistake of doing it myself, even two years into my career, with a big bottle of Born Blonde - such an appropriate name, don't you think? I'd whack it all over, not thinking that the bleach was permeating in my brain, but now I have it done professionally and not down to the roots and I think it looks much better. As soon as I did it all, the boys suddenly started fancying me.

Boyfriends
I think you should be real choosy and, as I get older, I get more and more selective. I'd rather not have a boyfriend at all than it be the wrong person. I've had experiences of boyfriends since I was 16, but I've still got a lot to learn. I get serious - every time I think "This is the one". For the first 24 hours anyway. I waft off into fantasy and then start imagining what our children will look like and I usually realise that the boy has got an awful nose and the kids will have one too, and then we wave goodbye.

Material world
If you think England is materialistic, you should hang out in America. Fort Lauderdale, Miami - there's a material world. Pleasures there aren't based on what's happening between people but what's happening on TV or what car you have. Everyone has a Ferrari or a Corniche - the newest, the bestest, the most expensive is what matters. How they are psychologically is something else again; everybody's under therapy. At least in England if you've got a problem you go for a drink with your mates.

Etienne Daho
His music really excites me. The first time I saw him was in France when we were both doing a TV show with lots of other acts. I watched him doing a couple of songs and the first thing that attracted me was his cute little dance and his cute little jeans and I thought he was as horny as hell. I stood by the side of the stage thinking "My God, this guy's so cute" and I began filming him with my little movie camera and I found I was zooming further and further in. Subsequently I've constantly listened to his music - I've bought seven-inches, 12-inches, compact discs - everything he's got out - and I think he's so under-rated. I bumped into Richard Branson last week and bent his ear about why his record company isn't doing enough to promote Etienne over here.

Beastie Boys
I kept seeing them being written about so I bought a single and put it on and thought "This can go straight into the Oxfam box". But then, when I was in America, I kept hearing "Fight For Your Right To Party" on the radio and I thought it was brilliant and now I'm a big fan. I love Run DMC too. I'm a big hip-hop fan now, if that's what it's called. 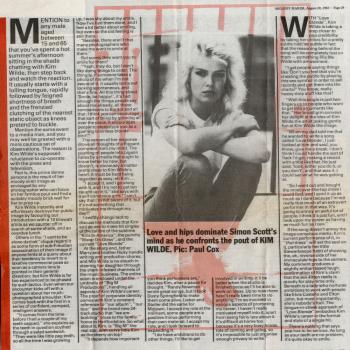 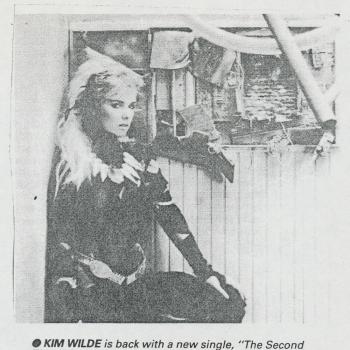 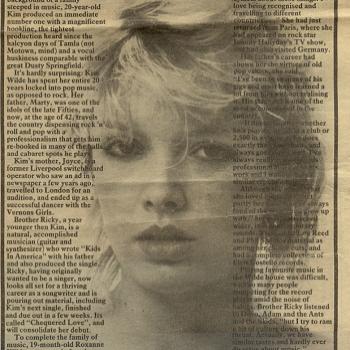