The Roxy rocks on

Kim Wilde:
"It’s the first time I’ve been here actually. The audience were great. Even though it wasn’t a live performance I could feel that they were having a lot of fun and really getting into the spirit of the show and that made it fun for me as well".
Kim had the toughest performance of the evening. Not only did she have to mime and writhe about a lot she also had to a) make sure she didn’t burst the seams of her tight red dress (bought at a jumble sale in Ealing, fact fans!) and b) try not to do what has become known as a Patsy Kensit and have the straps of her dress fall down and reveal a bit more than she intended.
Careful choreography and a bit of double sided sticky tape on each shoulder ensured that disaster was averted (sob – boys in the audience). 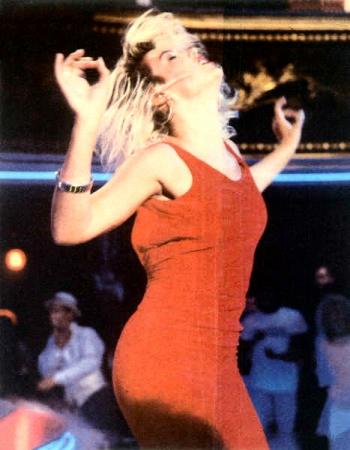 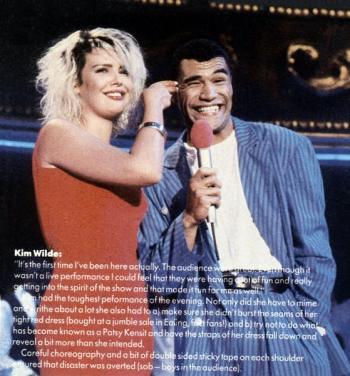