DJ Graham Dene, from London's Capital Radio, said she often asks him - in code - to play hits for Prince Charles and her friends.

The princess and the DJ met up at London's Cafe Royal yesterday for a star-studded charity lunch. It raised £89,000 including
£10,000 from reggae pop group Aswad who out-bid other rock stars, including Kylie Minogue, for a small china box put up for auction by Princess Di.

The trendy princess shared a table with Phil Collins, Annie Lennox, Dave Stewart and Kim Wilde. And she made sure she got the chance to talk to all of them - by playing musical chairs between the courses at lunch. 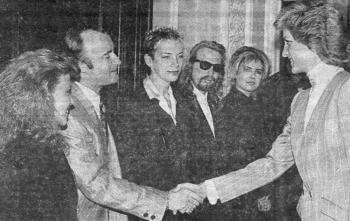 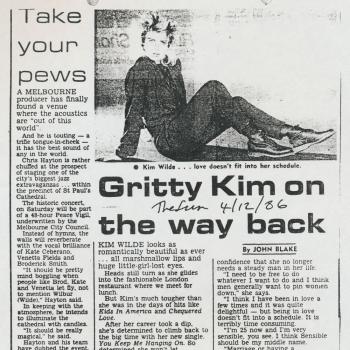