If there's anyone who has barely been tainted by showbusiness, it's Kim Wilde. She has been in the charts for years with varying amounts of success, but she's always remained the normal, sweet girl. One day in her life could be a day in your life. Don't you believe it? Read Kim's own story.

"Start at the beginning? Then we have to talk about getting up in the morning. I hate getting up. I have an alarm that stops beeping when you call out to it. I fight with my alarm every morning (laughs). I don't have regular hours, so usually I sleep in quite long because I need the rest. I don't have feelings of guilt, even if I get out of bed in the afternoon. The only thing I regret is timing. When I go to sleep I think I'll get up at least 90 minutes before an appointment so I have lots of time to prepare myself. But you can guess it: usually I only have 20 minutes left when I finally get up (laughs)"

"I usually have to be quick and wash up and get dressed. I usually manage it because I prepare in the evening what I'll wear the next day. Make up is part of the deal, usually I wear more when I look less well. You can understand I barely have time to have breakfast. One cup of tea suffices. When I do have time, I'll take muesli and yoghurt."

"I said I don't have regular hours, but let's take a studio day as an example. I usually get to the studio at 11, but I'll only sing when it's later because I need to warm up first. When there are interviews I go to the record company building and spend the day over there. But I'm away a lot too. I have been travelling a lot lately, both for work and for myself."

"Back to the studio day. I don't like to lunch, it's a waste of time. I'd rather have a sandwich and a cup of coffee in the studio, working on songs, recording, mixing etcetera. Usually we stop at five and I feel like I've done an office job. Sometimes it's later, when I have to do a photo session or something."

"First thing I do when I get to my flat in North London is listen to my answering machine. When there's no messages I'm always a bit disappointed. It's like no-one has thought of me all day (laughs). But it usually takes me about half an hour to phone back to people."

"In order to relax I'll take a bath. I don't do that every day because I don't want to ruin my skin. But when I do, I play a cd with calm music, such as Jackson Browne. After my bath I'll slip into something comfortable and go and read something on my couch. I'll usually go out and eat with friends. We have a certain restaurant in Soho where we go to chat and gossip (laughs)."

I'll rarely sleep before 1am. In bed I wear nothing but my favourite perfume, Chanel 5. It's a habit I learned from Marilyn Monroe, she did exactly the same. When I'm in bed I try to fall asleep as fast as I can, so I can fight with my alarm clock again in the morning." 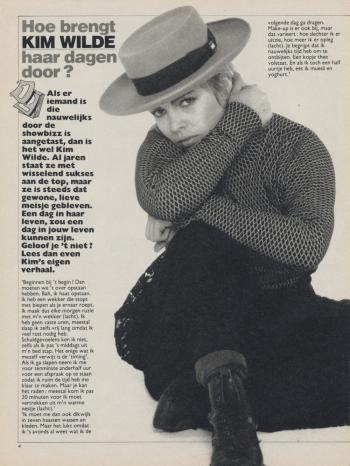 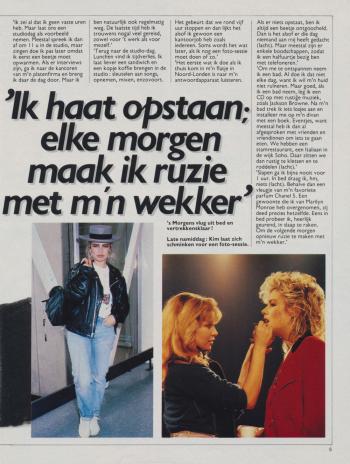 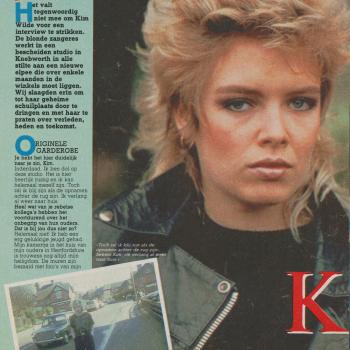