Kim Wilde can get very angry when someone says something nasty about Michael Jackson. 'You know', Kim recently confessed, 'During my support dates during the 'Bad' tour I was often very nervous. It's not so simple to entertain the fans who come especially for Michael. But fortunately it all went well and that's mainly thanks to Michael himself. He visited me personally in my dressing room before I started and even brought my favourite drink. Michael put me so at ease that all my nerves just calmed down. I felt it was very nice of him and I often think back to it now that the tour is over. Because if he wanted a drink, his people were there to serve him.' 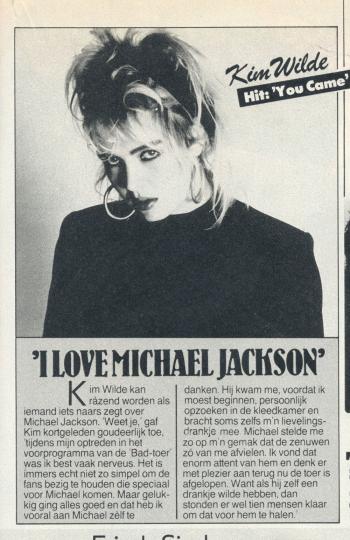