She has never been able to shake his hand. Still Kim Wilde is a guest star in the support programme for Michael 'Wacko Jacko' Jackson. Recently Kim delivered her new LP 'Close', which like she says herself is 'an intimate confession'. "Many so-called friends leave you when you experience some bad times", says Kim. "That's why many lyrics are about true friendship..." Top 100 Hitlijst spoke with a tired Kim after the Dutch Jackson-concerts at the Rotterdam Hilton...

'Gosh, it really went well', says Kim, tired but satisfied during a cup of English pleasure: tea with lots of milk. 'We went via Italia and Austria to here. In the Kuip I did the best until now, I think. You have to grow into it, a series of concerts like this. I don't do a lot of live concerts, am not known for my extensive touring. In America they think I'm a video artist. They were a bit surprised over there that Michael wanted me. I still don't know what he thinks of me... I haven't met him once yet. Maybe that will still happen...'

'Oh, I'm sure he's a nice man', says Kim with a smile. 'and I really don't want to say anything else about it. Why not? Because I don't talk about people I have never met. I don't like gossip that much...' Kim seems a bit nervous. Is it because of the German concerts?

Kim: 'Yes, I am always pretty nervous about performing live. Now that I'm sitting here with you my stomach is already churning. I think about later, on stage. My whole family is here and I'm talking with them about anything, but not the music or the performances. I have to think about everything except the concerts, otherwise I'll get over-concentrated. And I can't have that, or things will go wrong.'

Her job as a guest musician, 'please call me that', of Michael Jackson she got via the normal route. Jackson's management called Wilde's management. Michael wanted to have Kim no matter what. And so it happened.

About her new LP says Kim: 'Close is, I think, the album we put together the quickest. We were working on it for all of seven months.' Tony Swain, a former Imagination producer, produced the new, great album together with Kim's brother Rick, featuring the hit single 'Hey mister heartache'. Kim: "I have to know what the song is about before I write it. It can be about political stuff, such as Greenpeace, or about loves gone wrong. Something you hear, read, see or don't see. I am a member of Greenpeace. For that organisation I wrote a song that is also found on 'Close', it's called 'Stone'. No, I never dedicate a song to anyone on the album sleeve. The lyric has to make that clear. I don't like to talk about my lyrics much. You have to hear them or... read them on in the inner sleeve.'

You call your album 'Close'? Does it mean that your next album will be the best of your entire career?
Kim has to laugh about the question. 'Oh, I never interpreted it like that. Maybe that's true, but I think you should always try to improve on the previous product you've made. You always say when you've just delivered an album, 'this is the best I ever made'. I say that too, but it's nonsense of course. I think you can't do more than your very best every time. What do you think of 'Close'?'

'But with 'Close' I wanted to say it's an album that's close to my heart. It has become quite an intimate record.'

Kim is also able to put things into perspective. She can deal well with people who don't like her music. 'I have various friends who don't like my music and I don't mind that. Of course, everyone has their own taste. We don't talk much about my music anyway. But they are friends I can depend on when I'm in trouble. Those are real friends, not the acquaintances that go after you when you're successful. Because I have enough of those. So-called friends who leave you at the drop of a hat when things are not going so well...' 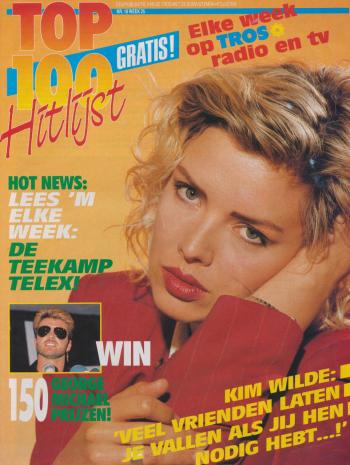 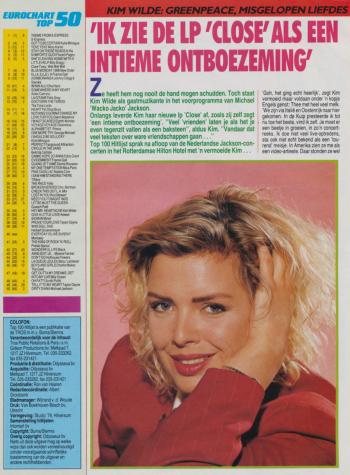 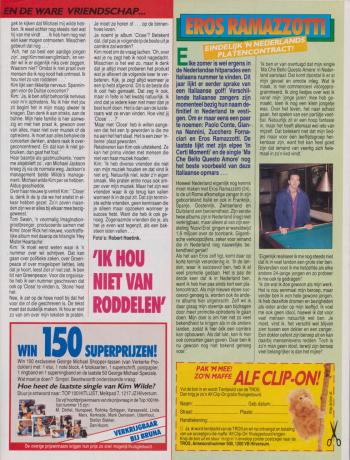 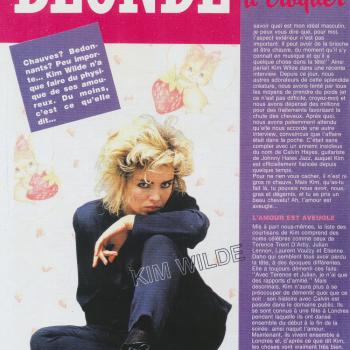