Better times seemed to have come for Kim Wilde now that she was supporting Michael Jackson during his European tour. Kim's performances were appreciated by the audiences, while waiting impatiently for their big idol. In her home country England Kim Wilde had an unpleasant encounter with the press. While she was doing her last shows with Jackson stories appeared in the papers that the anti Apartheid movement in the States accused her of having tight relations with South Africa, and even made money there. Kim reacted furiously: "I have been in the country once to promote a video, but I never performed there. Of course I get money from that country, because my records sell there as well. But that doesn't mean that I agree with the political policies there." 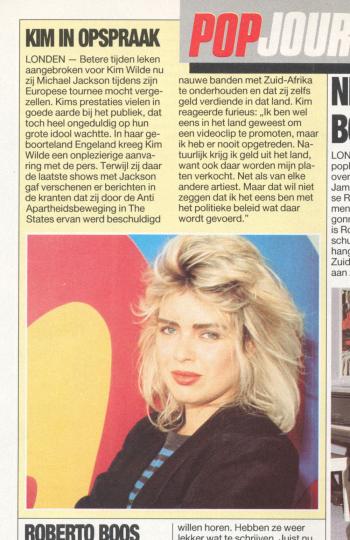