Moving desire. Flash sparke. Smiles and hidden wishes. You look but don't touch. Twenty-eight years of temptation. Many dreams have blond hair. The sun burns. Beware of fires. Nobody know how many victims she has hidden between London and Geneva. What is more common than having a surname Smith? What a simpler thing than to change it. Maybe a suggestion? Something that expresses you absolutely. Something wilde. What would you say about Kim Wilde? Perfect.

I like the name Wilde. It's eternal, ruthless. (...) She whispers to me with her passionate voice. We are sitting beside Lac Léman in Geneva.

November 1960. This was of double importance. First to grow up in the creative world of the 1960s and then, I was in the center of all that revolution.
My dad marty was one of the rock 'n' roll pioneers before Elvis. But it's not just about my father, like many think. We are a musical family. My brother Ricky does production on my songs and writes the lyrics. My dad loves me. But I also have help from my mother who is my manager.

It makes it easier to get started on such a difficult task, having a successful career.
It's not at all easy. First of all, it started by chance. My passion was to study art. Then my brother convinced me to record some demo songs. He took them to the record company. Mickey Most heard them and like them. And so my single 'Kids in America' was released, which saw success immediately.

Sweet Kim left her artistic worries and doubts behind. She got a new hairdo with blond hair and blue eyes.

I feel embarrassed when they treat me like a dumb blonde. At first I had problems to convince the world and the press that I don't have success because I'm beautiful but because I there's something I can offer.

But still, your videos become more like photos.
I like videos. It's a beautiful illustration for singles. If you want, it is also an illustration of life. Think of it in England, who consider it progressively, we had to do more videos because they were sexy and the TV was not playing them. But the world does not wait for the TV to find out about sex. Twelve year olds these days know more about it than I did when I was at school. Cinema is a challenge for me, and I've had a lot of offers. But at the moment I'm thinking about my career as a singer. I was touring in Europe and I had great success. Especially in France.

You say it was this selfishness that pushed you to make a cover and to reach number 1 in the US.
At the time I was not doing well in Britain and I threw it into the album. Believe it or not, it wasn't deliberate because we were messing about with chords. Lamont Dozier, who wrote the piece, sent us congratulations for our version.

Black music, sixties. Kim's back on board. The wild female is ready to suck the sweet juices of glory. The girl has become a woman now. And suddenly comes the biggest challenge: to tour in Europe with Michael Jackson.

It was perhaps the biggest surprise for me. I admire Michael but I had never imagined that there was a chance that I would tour with him. The matter was settled by our managers. His manager had seen me in America and asked my manager to open the shows in Europe. I'm not scared at all. These gigs change a lot for me.

For a pop star life is a huge scene. And we are all spectators. 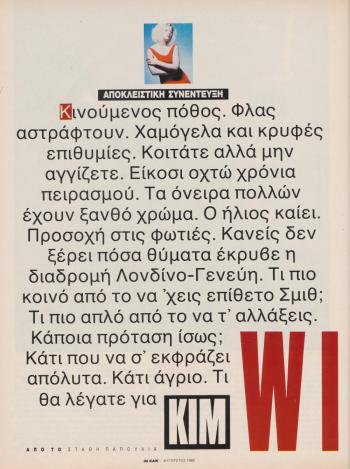 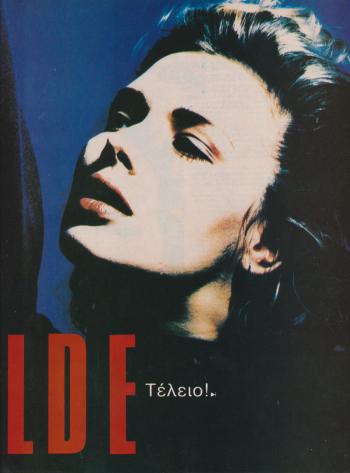 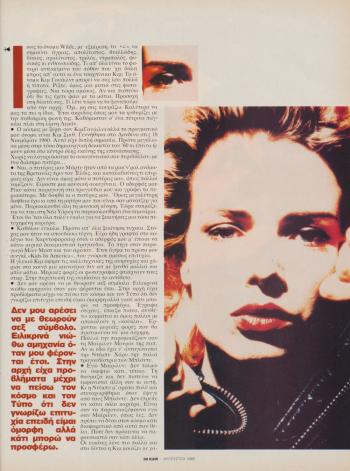 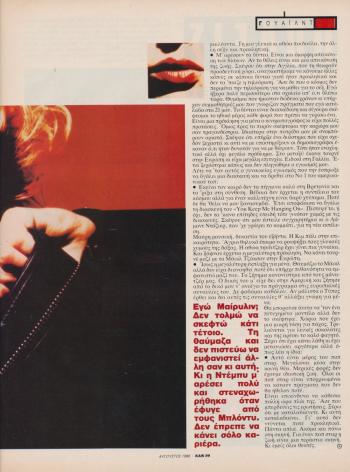