Kim Wilde does not only have a famous father but she regularly reaches the top of the hit parade. In addition, she has ensured the first part of the most discussed tour of the moment. Yet too often we tend to see in her a pretty doll that recites good pop songs. But the meeting, we quickly discern in her a thoughtful, intelligent personality. Kim knows exactly what she wants and how to get it. She is able to appreciate her celebrity has its value and knows to follow up.

You told me last time, you put your alarm clock early in the morning to leave you time, but eventually you get to sleep and still be pressed for time. Is this the reason for you're being late today?
Like everyone else, I do not get up early in the morning, but I try not to get up very late. This morning, finally, I only had twenty minutes to get ready! I worked hard in recent times and, despite the fatigue, it's hard to get to sleep.

Your work has however been largely rewarded?
Yes, the reaction of the audience at concerts by Michael Jackson has been very good. Just as the reception of my new album and singles. This tour has come at just the right time. It was really great to play before so many people and in different countries. What a trip!

How has Michael Jackson behaved towards you?
He is a great professional and I totally respect his way of working. He taught me a lot although I think could never achieve its degree of perfection. I always do my best, we had many rehearsals with my band for these concerts and we improved throughout the tour. But Michael, himself, gives himself five hundred percent to what he does and, of course, is a genius!

Have you participated in crazy parties during this tour?
No, on tour I try to keep in shape. I am usually very tired after a concert, so I prefer to go to bed.

But the days of rest?
There, I allow myself a few drinks and, for example, to sing with someone at the piano in a bar. Doing televisions is less exhausting than the concerts. All we ask is you to be nice and do a good playback. So you can afford to have fun more. I love to party!

It is human.
Exactly!

You did a cover of Todd Rundgren on your album?
I've always been one of his fans and I wanted to cover one of his songs. I finally did it on this album. All other songs are new. I've written in collaboration with Ricky, Andy and Steve, or they have written together. We wrote, recorded and produced all in three months. We've done as quickly as possible to keep it spontaneous and fresh.

Do you enjoy doing everything that follows the release of an album?
I like doing interviews, TV's and all that goes with pop music. It is ultimately very funny after all the pressure has necessitated the creation of a new album.

You're from a family of musicians and you write on your same songs. Your evolution in this area is it related to the reaction of your family or do you try to ignore?
I love writing with Steve, my guitarist, because he is not part of my family and he is an excellent musician. Working with Ricky, my brother or my father also pleases me very much. But it is important that I develop my own musical expression, so I work with others. I'm very independent, I'm not tot stifled by my family. I even seet them very rarely, which is a shame for my little sister of eight years and my little brother of seven years. I finally can develop in complete independence both personally and musically.

Has it been difficult to separate yourself from your parents?
Nobody likes to feel dependent on his parents, especially at twenty-seven years. But this is not a reason for suddenly turning your back on them when they love you and you love them. I found the right balance, even though many claim that I would not be singing if my father does not help me.

How important is being a star to you?
Do not take yourself too seriously otherwise the audience is laughing at you.

While you write your own songs, your biggest success to date was the cover of 'Hangin' on '.
My father is still touring clubs and theaters. What he plays is good old rock and roll. This gave us the idea of the cover of 'Hangin 'on'. It was long before the charts started to contain so many covers.

Now other singers know as many success as you. How do you feel about that?
I do not feel in competition. Last year I got a number one in the United States. I reached this level. People know that I take my profession seriously and that they will still have to reckon with me for a few years. I find myself thinking in a unique situation. All the singers who began their careers at the same time as me, don't even record albums today. I prefer to be an artist for a long time then to have a mega success and then disappear. I have no secrets of longevity for this job, but the team that I gathered around me seems to work. My career has nothing breathtaking but at least Kim Wilde is a name that still exists in music. To me, that's what matters most.

Have you ever considered doing something else?
Not really. One time I thought to teach, when, at school, I was asked what I planned to do with my life. This is what came to mind because that's all I knew. I had teachers in front of me all day! Nevertheless, it is always something that tempts me, so it must be deeper than that.

Are you going to teach?
Maybe in the future. I am working a lot in the youth club in my locality. I meet children, I have fun with them and we laugh a lot. In the future, if I have more time, I could get more involved.

Do you like your father, remain active in the music world very long?
Although I do not envisage in the near future, being a pop star might end up being boring. But I never get tired of music, therefore, to write and get involved in creative. If I had children in any way I would not be here to answer this interview. It will come a time when so many other things count more to me than making teles or climb on stage.

Your privacy remains very private. It was on the advice of your father?
My father never used his private life for appearing in newspaper articles. They have never written a scandalous stories about him. So I guess I took the seed, but my father has never showed me the golden rules of show business. You can not make his life after the experience and wisdom of others. He knew that all I had to learn about life, I would learn it by myself. 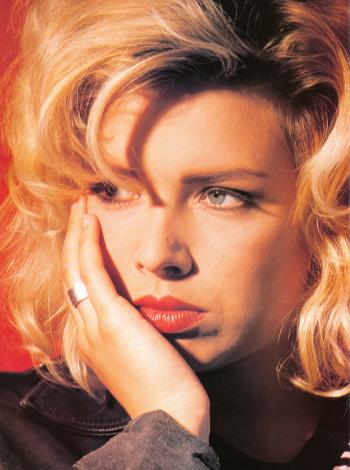 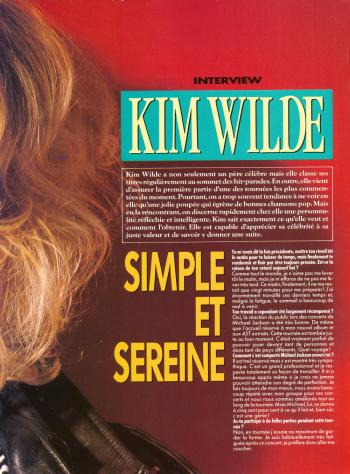 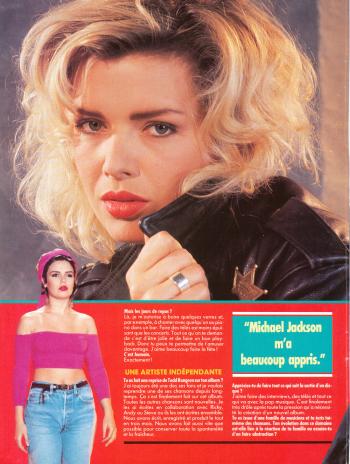 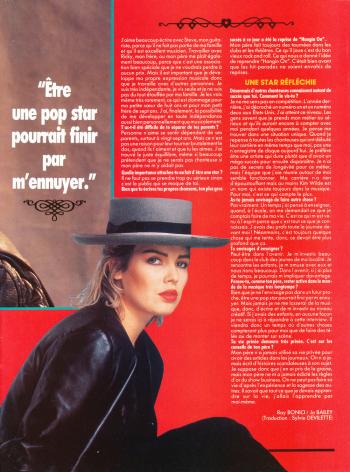