Fairy tales
'I love fairy tales, as long as I can remember. My favourite is 'The little mermaid' by Hans Christian Andersen. I still have a real book with fairy tales, and I read it a lot. The best thing about fairy tales is that there's so many things in them that simply couldn't happen. It stimulates my fantasy.'

Fridges
'It may sound crazy, but I like fridges. Especially old fashioned ones. They do have to work, of course. My favourite fridge is a small thing from the 1950's. There was so much more attention to styling at the time, and I value that. Not only in fridges, by the way.

Clothes
'I prefer to dress in black or dark blue clothing. Buying clothes is one of the nicest things to do for me. All of the clothes I buy are in my favourite colours, because I buy them very carefully. They must fit me well and look good. That is why I love my old jeans, which I bought for a few pounds. Instead of throwing it away, which I should, because it looks terrible now, I wear it in my own time.'

Prizes
'I think it's fantastic to get a prize. There are people who don't care about awards, but I'm not one of them. You work hard on your songs, and when it's appreciated it's great. My first award is from 1984, when I was admitted to an exclusive club of songwriters. I'm still very proud of that.'

Butterflies
'Butterflies are the most beautiful creatures around. Especially when I'm in Africa, I can look at them breathlessly. They have wonderful colours and they look so innocent. Butterflies are vulnerable. I'm a bit vulnerable myself, like every human being. Maybe that's why I like them so much.'

Tins
'Whenever I get the chance, I take tins with me. Especially tins filled with tea from the Fas East are often beautifully made. The tea that is inside doesn't interest me, because I don't like tea that much. I bought some tins here in London years ago, in Soho, and the tea is still in them. I don't think it will taste very well...'

Heavy rock
'I am a genuine heavy rock fan. When I'm on tour I take some videos along with some rock music and I play them. And whenever I'm at home, my video is programmed for music programs. I compile my tapes myself, but sometimes I buy them prerecorded in the shop.'

Watches
'I collect watches. I may not have as much watches as Elton John has sunglasses, but the collection is growing. The weird thing is that I never pay attention on how they look with my clothes, but when I get home they usually do.'

Earrings
'Earrings belong to me, especially the old fifties ones. I can say the same as what I said about fridges: they looked so beautiful back then. But then, they're still made well. I don't like golden ones. I prefer silver and when there's pearls and diamonds in them I really love them. I buy my best jewellery in the less obvious stores.'

My Walkman
'Whenever I walk, sunbathe or train - I always wear my walkman. Sometimes my bag seems like one of a salesman. I think my walkman is my most important possession. I really thank the one who invented the thing because nothing is as relaxing as listening to your favourite music without bothering anyone else with it.'

Chocolate
'As a child, I loved chocolate. I sometimes ate three bars a day, especially milk with hazelnuts. In those days I played a lot outside so I lost the body weight easily, but these days it's less easy. So I've trained myself to hate chocolate, although it doesn't work always. It's sort of a hate/love relationship.'

Prefabricated meals
'I like good food, and so you wouldn't please me with prefabricated meals. There's just no taste in them. And I think they are unhealthy as well. They make you fat. It all looks like it's made of plastic.'

Taxes
'I enjoy getting mail, but whenever I get a tax form, I would prefer not to have mail for a month. I just hate bringing a large sum of money to the taxes. I do realise of course that I have to, but that is true for all bills, and I don't like those either.'

Glitter clothing
'I like clothes, but I don't like over the top glitter clothing, that you see in TV shows. Show clothing is often tasteless. Michael Jackson is someone who has great show clothing. But he has a great taste. Most other people who wear them don't. They look rather like christmas trees in them.'

Sweet wine
'I like win, but not the kind that is called 'wine' but tastes like apple juice with sparkle. When I smell the stuff I get sick. My mother takes a glass every now and again, but doesn't ask me if I'd like one anymore. I would have to run to the toilet immediately.'

Maths
'I didn't understand maths in school, and it hasn't changed since then. I really hate it, I still get chills whenever I see a maths book. I don't understand how someone can make sense of it. It was frustrating, because I was a good learner, but I always had bad grades for maths.' 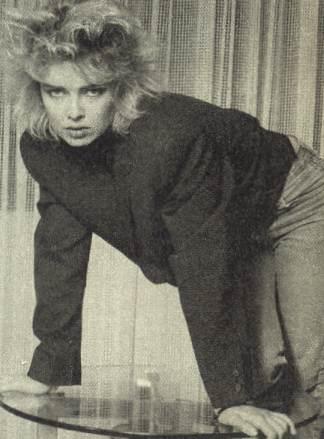