Kim Wilde is twenty-seven years old now and, of course, she remembers her adolescence. It's not that far away ... Moreover, for OK! she tells all about it in detail. So read fast!

I did not love myself very much. I was too fat, I hated my hair. In short you will understand, I had a very poor opinion of myself. I was always dressed in jeans and a T-shirt. A tomboy. Later, my mother taught me how to do my makeup. I have never been in conflict with her about it.

I was often sad with a tendency to nostalgia. I had the blues very often without any specific reason, just because I was not feeling well in my skin. So I stayed very often alone, locked in my room to write my diary (which I kept until today), listening to music or to dream. I was very romantic.

My parents: very close to one another

My parents had certain principles that should be respected such as to study to have a background in life. For the rest we've always been very close to each other as a family. We did a lot of things together and this is still the case since my father takes care of my career and writing some of my songs. You should know that my father Marty Wilde was a big star and it happened to me sometimes to think that it was not easy being the daughter of someone famous. Besides, when I finished my studies, I decided to go a year studying painting at a school far from home. On arriving there I went to see the principal and I explained that I was. 'I do not want to know that I am his daughter', I said. 'Can it remain a secret between us?' He agreed to play the game, and throughout the year I could finally blossom and gain confidence in myself. For the first time I was sure that others love me for me and me alone. I was not ashamed of my father, on the contrary, but I wanted to be like everyone else. I did not want to be noticed.

My Education: Average, not much more

At the elementary school, everything went well for me. I went to school in a small village where everybody knew each other, it was quite comfortable and reassuring. However when I had to go to school, it was a great shock that I lived very quietly. I was distracted by this huge establishment, hundreds of students who crossed in the long corridors. And I felt very alone in the midst of all this world where I knew nobody. I've never been a particularly brilliant pupil, I say average, but nothing more. As for math it was my worst subject!

My future: 'something' in music

At home Dad played music all the time. He possessed an incredible record collection and I could always play records. Besides himself made me listen to lots of stuff. Only mom asked us to turn down the volume! So obviously, I knew long ago that I too wanted to do something in music. My best friends from school, who are always the same today, remember that even at thirteen to fourteen years I thought I'd be a singer later. As much as I had no confidence in me at that time, as I knew I would succeed later, my life would be better. I just had to wait until my sky cleared.

Up to sixteen, my parents gave me pocket money every Saturday, but thereafter, it bored me to ask for it so I did lots of odd jobs. For example I was doing the housework at my piano teacher in exchange he gave me free lessons. I sold carnations on Saturday on the flower market. I worked the summer in a hospital. Most of the time, I managed to find work with my best friend, it was more fun.

Boys: buddies but not a lot of flirting

I wasn't allowed to go out until the age of fifteen. Then my friends would pick me up at home and bring me back an hour before morning. Whenever I could leave I grasped the opportunity because I loved to dance. I had many friends but I never had many flirtations. It has also not changed much since! I had my first flirtation at fifteen years. Unfortunately, I was in a school for girls but to meet guys I always had friends of my brother and there was a boys school just up my street!

In conclusion: Adolescence: a bit of a fuzzy period

I believe that through the generations, eras, girls continue to experience this period a little fuzzy, feel unwell as I did myself. It does not change. However, it is true that young people today seem more mature. My little sister is eight years and when I talk with her, she already seems much more advanced than I was at her age. What has changed compared to my era, is the problem of drugs. At fifteen, I knew that some teenagers took drugs but I did not know any. However, today it runs through the streets and it makes me afraid for my little sister and my little brother. Perhaps it is the task for parents to be more vigilant today. They have to talk about drugs and sexuality with their children, which was a taboo subject between my parents and me. It is essential to speak then let them lead their life with good weapons. If I have children, I will try to really be sufficiently available and talk with them so we can talk about everything and anything that concerns them without restraint. 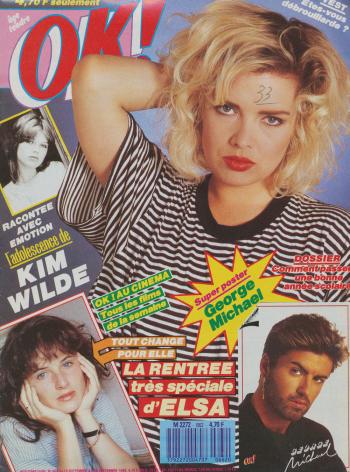 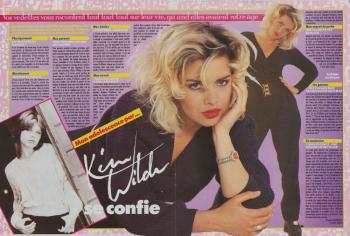