The singer Kim Wilde has hardly let it out that she had a passionate affair with Calvin Hayes, star of the band "Johnny Hates Jazz". The story came about when Calvin said that he had disconnected with his old girlfriend because of Kim. Kim is unaware of this, but has known Calvin since he was fifteen.

Otherwise, Kim dreams of film roles from time to time, but does not want to be in the spotlight, though she has received such offers. 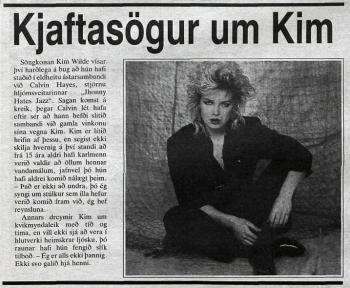