The comeback of Kim Wilde

Date
23 May 1988
Published in
OK! (France)
Written by
Veronick Dokan

It's been a two years that Kim Wilde remained 'silent'. No new disc, no live concerts, no visits to France. So much so that some even wondered if she had not left the business. And then finally, back again, alive and well, pretty well determined to regain her place in the charts with her new album 'You Came' ...

Why two years of silence?
I made an album and before recording, I worked a lot on composing songs. I wanted to take more time than usual. Especially as this time, I wrote a lot of songs myself. The others were written by my father, my brother, and Steve, my guitarist.

Have you learned to play an instrument to compose your songs alone?
I took piano lessons for 4-5 years when I was younger, it helped me of course ...

How do you find your inspiration?
Many of my lyrics are quite personal, they talk a lot about what interests me. For example - European Soul - speaks of Marc Chagall, my favorite painter. Another speaks of Greenpeace.

Would you become ecologist?
Yes, I am now an active member of this organization. I gave concerts to benefit Greenpeace and given them money as I can.

Why Greenpeace?
Because two-years ago when I was in Switzerland, a factory polluted the Rhine at the point of killing any wildlife. I was really shocked, especially in this country known for being clean and healthy. And I realized the horror of what these chemicals that pollute the atmosphere. At first, I mostly felt powerless and ashamed but I wanted to be active and that's how I got involved with Greenpeace, but I have to specifiy it has no political connotation.

You have all the same not all work and advocate for Greenpeace for two years. What else?
I visited many art galleries because I love it. I also painted, it relaxes me.

Can we hope to see your exhibit your works?
I think not. I also go skiing in Courcheval.

Were you not afraid that people would forget about you after all this time?
It is true that in France we didn't hear much about me but I wasn't totally idle. I did a great promotional tour in the United States where, for the first time one of my albums. 'Another Step', reached the charts.

And live concerts?
Well the end of this month I will start to tour with Michael Jackson.

And cinema, wouldn't you want to try?
I have received lot of proposals but nothing very interesting. Anyway, I'm not sure I'd be very good on the screen. But my first ambition is more musical than anything else.

Would you like to duet with someone?
I met Etienne Daho repeatedly during television shows and each time, we thought it would be nice to sing together. But we would have to find the right song first. 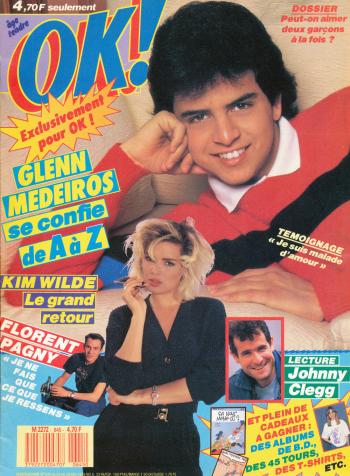 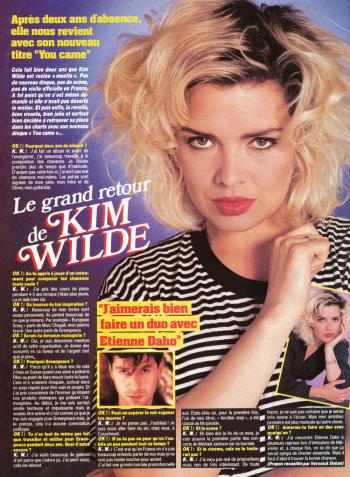 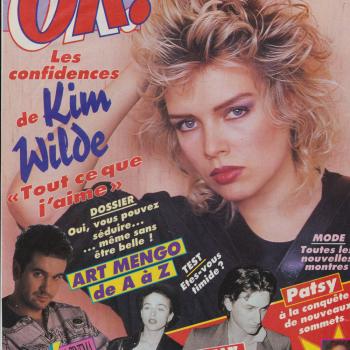 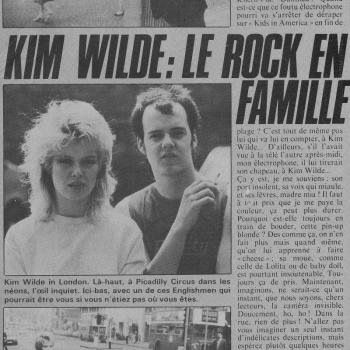 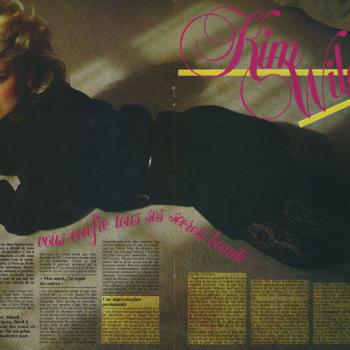 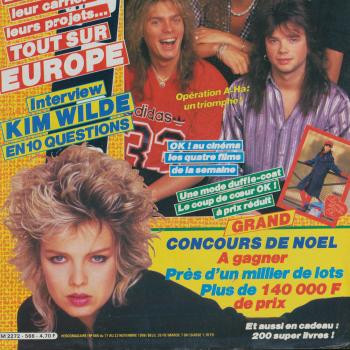 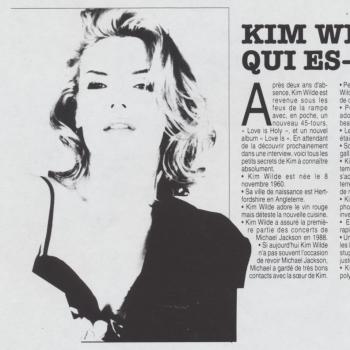