Pop wizard Steve Strange has told how showbiz stars saved him from a heroin hell which cost him £100,000... and almost his life. The 30-year-old style king, who had Top Ten hits with his group Visage and ran a string of trendy London nightclubs, plunged to the depths during four years of addiction. But now he is cured and back on his feet thaks to the secrets kindness of stars like...

Sade: She paid for Steve to enter an exclusive drug clinic.
Queen: Drummer Roger Taylor, encouraged by the band, helped relaunch Steve's flagging pop career to take his mind off drugs.
Spandau Ballet: Guitarist Martin Kemp and saxophone player Steve Normal KIDNAPPED Steve and held him prisoner to dry him out.
Michael White: The West End theatre impresario paid for Steve's flight and accommodation when he fled abroad to escape pushers.
Kim Wilde: She gives him moral support and makes sure he keeps off heroin.
Boy George: They went through a heroin hell together and when George beat his own addiction he helped Stee to follow suit.

Last night, 30-year-old Steve, who had a £100-a-day addition, said: "If it wasn't for my pop pals I would not be alive today. They were wonderful to me even though I know that many times I hurt them, abused their friendship and made them embarrassed to be with me."
Spandau Ballet's Martin Kemp and Steve Norman made Strange a prisoner in their home for ten days to get him away from the clutches of evil drug dealers.
Steve recalled: "They invited me to Steve's house in North London for dinner and then refused to let me go home. They locked the bedroom door and wouldn't let me phone anybody or have any visitors. Then they called in a Harley Street doctor who they paid for themselves. When I saw how kind they were to me, I broke down in tears. Spandau are among the stars I feel I hurt the most. One thing I did still haunts me. Just before the band kidnapped me, I invited Martin and Shirlie Holliman, who is now his wife, out to dinner and when the bill came I told them I did not have enough money to pay it. They gave me £25 but I did not use it for the bill. Instead I went out and scored some heroin. Later, I wrote to Martin and Shirlie and apologised for the way I had behave and begged their forgiveness."

"They told me afterwards they were so moved by my letter the ybroke down in tears when they read it."
Steve, who once counted Prince Andrew and Koo Stark among his friends, also paid tribute to Sade, who has been his pal for many years. He said: "One day she turned up at my home in Fulham, West London, after hearing what a really bad way I was in. She handed me an envelope and told me not to open it until after she had gone. When I did I started crying with gratitude because inside was £1,000 in cash and a note telling me to use the money to get myself cured. I used it to go into a clinic and get cleaned up."
"Giving £1,000 to a junkie is risky because there is an overwhelming temptation to go out and spend it on more drugs. But Sade had reckoned on some clever psychological insight. She gambled on me not abusing our long friendship - and she was right. It was her money tht I used for my first drug cure in a clinic."
Shortly afterwards Steve fled to Ibiza and bumped into another pal - Queen's Roger Taylor. Roger thought that work would be the best therapy for Steve. So he set up a recording project for the two of them.
Steve said: "We started writing songs and worked together for almost three weeks. It gave me some confidence and pride back and made me determined to make something of my life again. Roger and his gilfriend Debbie Leng gave me help in all kinds of other ways, too. Roger never stopped talking to me, trying to convince me that I was destorying my life. And I used to go to his country mansion in Surrey for rest and relaxation. Roger's Queen partner Freddie Mercury thought that our working together was a great idea. He said how pleased he was that my life was getting back together again."
Ex-addicts who helped Steve included Who guitarist Pete Townsend.

Steve said: "What Pete told me about his own experiences made grim sense and he advised me to try the 'black box' electric withdrawal treatment which helped cure him."
Theatre impresario Michael White gave Steve his airline tickt to Ibiza - so that he was away from the dealers.
Steve said: "He also told me he would pay for me to go anywhere else I wanted. I could not believe his generosity."
Km Wilde tried the homey approach. She cooked meals for Steve when she saw how thin and wasted he was.
Steve said: "KIm is another wonderful friend. We see each other regularly and she always lectures me and tells me never to get tempted again. I promise her I never will."
Steve got hooked on heroin in 1985 when his career with Visage started going downhill after constant squabbling among the band members. He also found his business affairs were in a mess.
He said: "I thought heroin was the way of coping with my problems and all the pressures. Instead it nearly killed me. My doctor told me if I carried on doing heroin I would not live much longer. My addiction ruined me financially. I had to sell my home in Wales and move out of the plush London place I was renting in Chelsea."

"I even pawned my jewellery and sold my clothes and other possessions because I was so desperate to get heroin."
Steve finally kicked the drug in November 1988, and has not touched it since.
He has revived his career with a new club night, called Dreamage, every Monday at London's Hippodrome and has some pop project in the pipeline.
He said: "I was a stypid fool over heroin. I have learned a lesson." 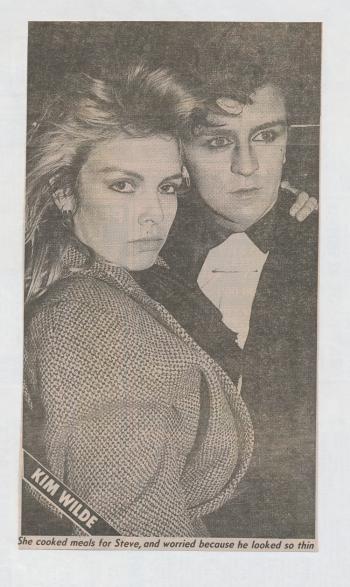 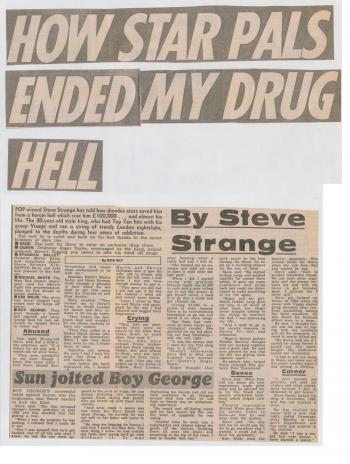 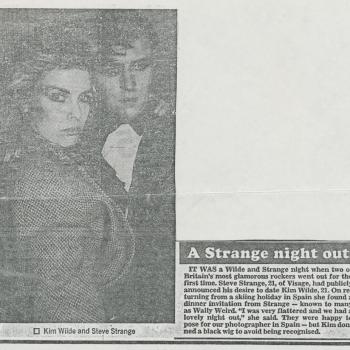 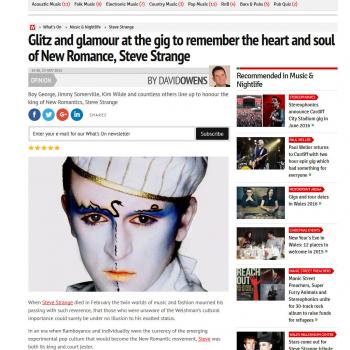 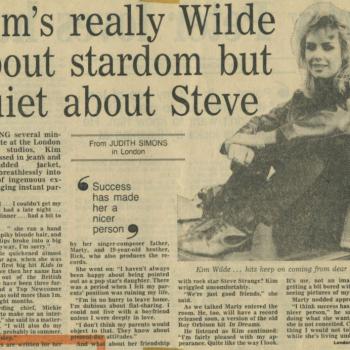 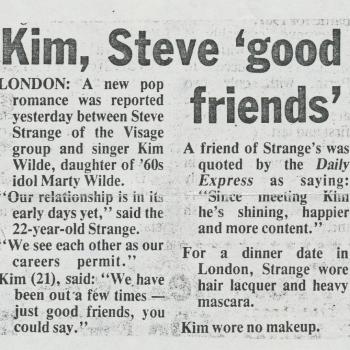