Kim Wilde accommodates us in the music studio of her family in Knebworth, north of London. In the studio where she is preparing her next album, she gave us a live extract of her next single. Yves Bigot did the interview.

Top 50 was well inspired to go on visit with Kim Wilde. The silence of the last few months was caused simply because of recording sessions for the new album. Great planning, because the next single of the charming English woman is ready to be sent to the presses. For this album, a little more than its predecessors, Kim has participated in the creation of the songs to the point of being writer, composer and co-producer ,with her brother Ricky, for most of the titles.
When Yves Bigot remembered 'Cambodia', Kim explained that in her first few years she sang the songs composed by her father which expressed the experiences of a man, she had always wished to interpret her own lyrics to express her own feelings. This title, 'World in perfect harmony', her next single is inpsired by her own dreams, will be a good example of her own aspirations as a musician and writer.
One of the biggest qualities of Kim Wilde will be her modesty. Still she is not insensitive for compliments, "in France I always feel like a princess", she declared during the interview, it was necessary that her brother insisted that she would listen to the song that Laurent Voulzy proposed to record, "Mes nuits sans Kim Wilde". The idea of a song about her embarrassed her. "But the music was very strong",she explained, "so in the end I agreed!"
Then she adds: "I don't like artists that take themselves seriously, which is why I sang 'Love blonde', because it amused me." With 'Love blonde' the rock side of her she shows, a musical culture of which Elvis will always be the king, and he was also the inspiration for her father Marty, and her brother Ricky. For Kim, "Rage to love" is the best rock ever written by her brother and her father, a title she adores to sing live. Her other preferred genre is the rhythm 'n' blues, mostly by Tamla Motown in the sixties (Stevie Wonder, the Supremes with Diana Ross, Marvin Gaye, etc.) She says that she didn't listen to the original version of 'You keep me hangin' on' when she covered it because she didn't want to be influenced by Diana Ross when she performed it. She says about cover versions: "Yes, if it's done with imagination."
For her, Bryan Ferry does that very well. Siouxie as well, and others.
As for her next single, it will be in the style of Motown. That will go down well.

England it is not just London and it is to fifty kilometres north of the capital where Knebworth is, host of an annual festival of rock'n'roll, that the team of Top went to, to interview beautiful Kim. It's in fact this little village where Kim's family has set up their studios. Marty, the father, Ricky, the son, and Kim record their compositions there and mother does the business side of things at this, her second home.
It's here at the bureau of her mother where Kim is interviewed by Yves Bigot. To receive us she has made herself look elegant, at least for the camera which tallied it above the size. Delicate attention finally, she carried a belt on which Paris was marked, for her French friends. Like you will probably already know, Kim loves France a lot, a little more since Laurent Voulzy has written a song dedicated to her, and she has decided to learn our language. Thus she finished the interview by saying 'Je vous en prie' in French in the text.
After the interview, Kim performed live a fragment from her new album, probably released in the spring of 1990, entitled 'World in perfect harmony' which will be out by Christmas, an ideal date for a song about peace inspired by a dream she's had. 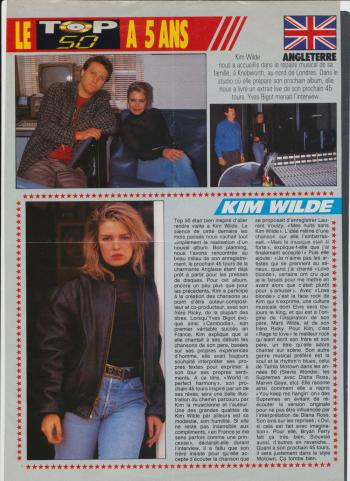 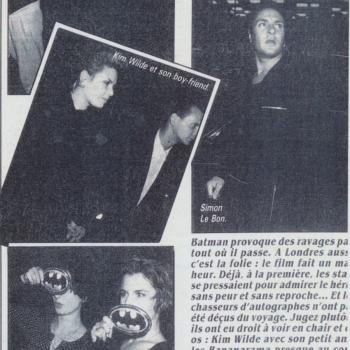 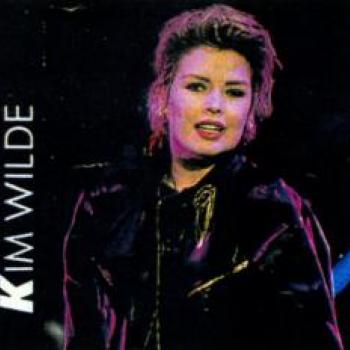 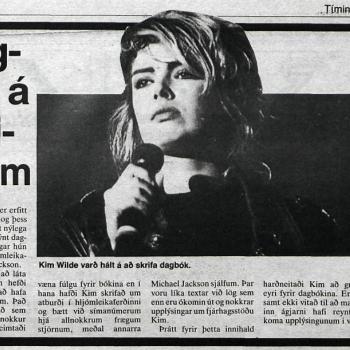 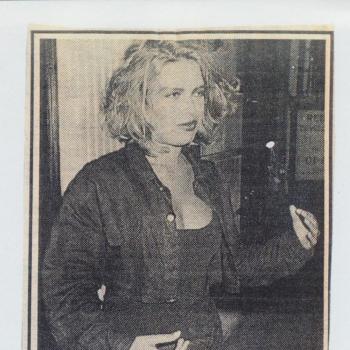 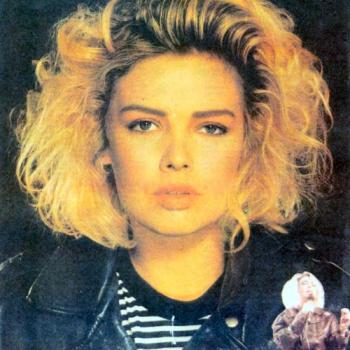