Kim Wilde tries to storm the charts momentarily with 'It's here'. The song has to get fans in the mood for the new album 'Love moves' that is released soon. Even more than on previous albums, she is herself responsible for the compositions. She was aided by her brother Ricky and Tony Swain. Kim Wilde had seven top 10 hits in the Eighties. She is still waiting for a number 1. 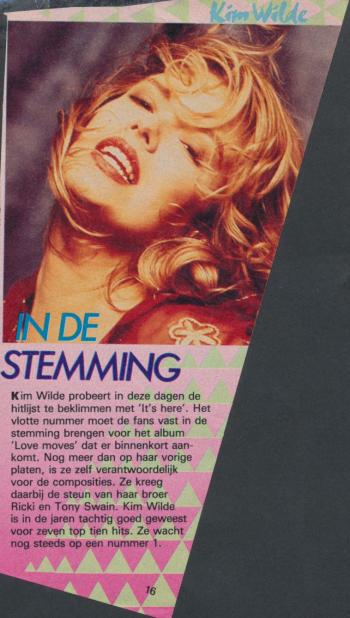