She's come a long way since she was little Kimberley Smith of Chiswick. Now Kim Wilde has a great new look at the age of 30. Kim has recently chucked her drummer boyfriend Calvin Hayes, moved into a new house and released a new single. No wonder she looks a little on the Wilde side. 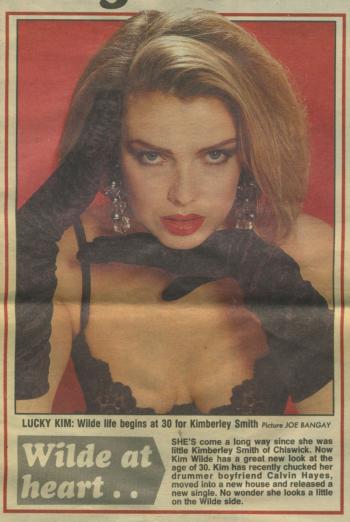