Kim back on track

Kim Wilde is about to make up for what seems like a long absence from the charts with her new single Love Is Holy and the new album Love Is.

Like George Michael, Kim has returned with some solid and very commercial material which shows the value of excellent songwriting. And I must say she is looking sensational, too!

Kim, who is the daughter of Fifties rock 'n' roller Marty Wilde, has a career that goes back to the early Eighties when she had a worldwide smash with Kids In America, followed by numerous hits such as View From A Bridge. She scored another major hit, including number one in the U.S., with a great version of the Diana Ross and The Supremes classic from the Motown days, You Keep Me Hanging On.

Kim wowed everyone when she worked for several months opening Michael Jackson's shows on the BAD tour - and also claims the title as England's top-selling local female singles artist. There's a good chance Kim will visit Australia soon for a promotional visit. 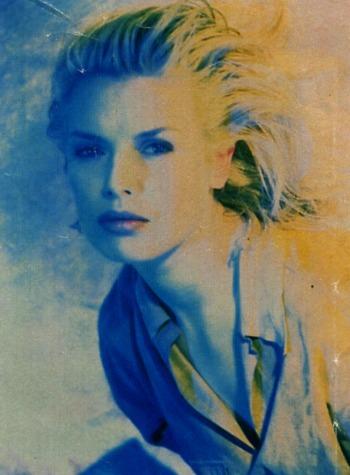