Kim Wilde: I am a heart for the taking

It is one hour from London, in the English countryside, that the very beautiful star of British pop music Kim Wilde lives from now on. Here, no trace of the hundred gold discs and the million others she has sold all over the world.

Two years ago, you chose to install you has the countryside. Why did you leave London?
I didn't feel very well. I wanted to change the air.

It was said that you would have had a nervous breakdown.
It is true. Following a unhappy love affair. But all that is over now. I reassure you, I am perfectly well! At the time, I invested myself also much too much in my career. From now on, I live fully thanks to this house. I ride a horse in the meadows around, I cook, I garden, I china... I found a better balance.

And as for the heart?
For the moment, I am unmarried. Completely! A true heart for the taking. But I am very happy like that. I found the space which I needed, my friends come to see me, I have several rooms at their disposal. This house gave again me the taste to live.

Which are your immediate projects?
My last album, "Love is", is selling very well in Japan and in Europe, and I'm preparing a world tour which will begin in December and will extend all over the year 1993. France will be one of my stops.

You've returned from the Great Price of Japan of Formula 1. You are the godmother of the Williams-Renault stable. Do you like the motor race?
I know nothing there. I have any overdraft on the circuit of Suzuka. It is Nigel Mansell, the champion of the world, English like me - and which acknowledged to me to be one of my fans of the premiere hour -, which wished that I become the godmother of the team. I discovered with interest this world of which I was unaware of absolutely all. Many similarities are to me apparent between the trade of being a F1 driver and being a singer. To be driver implies team work by day and night, for two hours of race. Exactly the time in a concert. That one is star of Fl, like Mansell, or of the song, like me, nothing is not possible without a team. The tension, the stress, the preparation, the concentration are the same ones.

What do you like in the life?
To cook, decorate my house, to travel, meet new people, to read, to be between friends. Good wine glass too! Only simple things.

Would you do a movie?
If one presents a good scenario to me, why not? Until now, the proposals which were made were not appropriate for me. But that does not form part of my current ambitions. I prefer to write songs.

Why does one of the prettiest girls of England live alone in this grand house, with her cat?
Because I broke with my last boyfrlend some months ago. I prefer only that over being badly accompanied. However, I dream to find a family and to have at least four children. 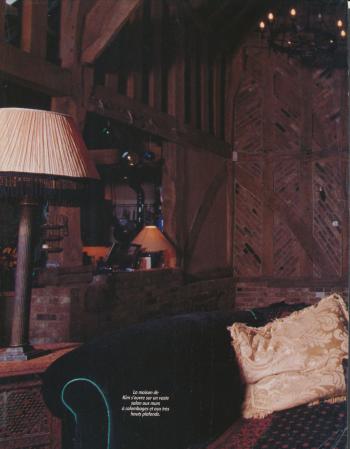 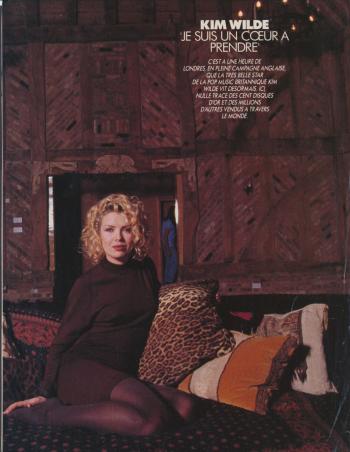 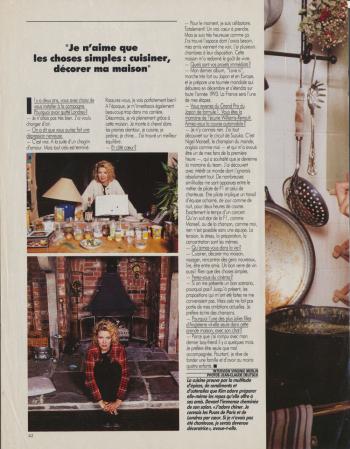 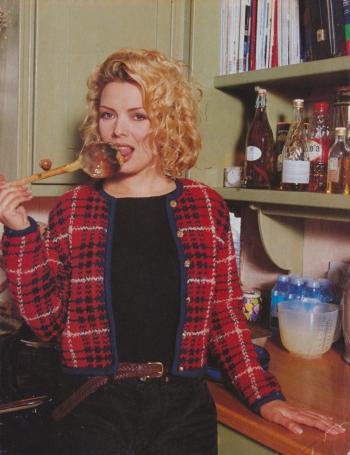