Kim Wilde returns from exile with a new outlook on life.

She is the UK's most successful female solo singer of all time, surpassing Sandy Shaw and Dusty Springfield, but modest Kim Wilde feels her career is only just beginning.
The pop princess of the early Eighties (whose string of international hits included Kids in America and Cambodia), Kim has now emerged from a self-imposed exile, and is brimming with new confidence.
"The exile was necessary", Kim tells TV Week. "I had to move to the country to reassess my life. I had been living in London, becoming unhappy, and was losing a lot of my ambition and my self-confidence. It was a bad time, but I didn't realise just how bad until I made th edecision to leave. Then I found myself living in the country, close to my studio, to my family and old friends. It gave me a new outlook o life. I started to find my confidence agani, to think about myself in ambitious ways."
"I think my new outlook has a lot to do with hitting 30. For a lot of people, 30 is a time of reassessment. It certainly was for me. Women, especially, are led to believe that by the time they are 30, they're finished. It took me a while to realise that everything could begin at 30."
In the throes of a world tour to promote her new album, Love Is, Kim's new confidence is unmistakable. Ask her if this is the happiest she has been and the answer is a big 'yes'.
"Thank God", she says, "Because happiness is so elusive. Everyone is looking for it but some of us look in the wrong place. Now, I've found the right place."
That place is a rambling house near Knebworth, 40 minutes' drive from London, where Kim was able to switch off from the demands of rock 'n' roll and rediscover her creativity.
"I spent most of the time decorating", she says. "I've still got paint in my hair. It's been a great break, and it allowed me and my brother (Ricki) to extend our songwriting interests."
"I feel the albums are getting better and better and one of my biggest ambitions is to see another artist in the charts with one of my songs."
At the moment, Kim's new zest for life doesn't include a new boyfriend.
"That hasn't happened, unfortunately or fortunately", she says. "Still, I'm very happy right now. If that (romance) happens, it happens." 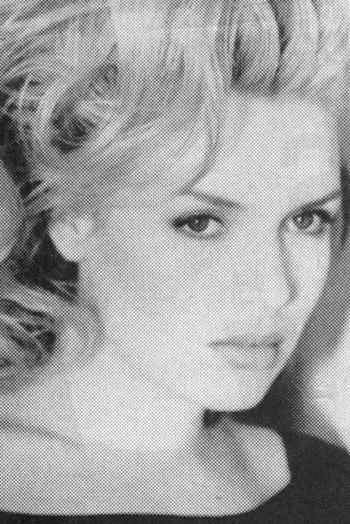