Kim Wilde's been back in the limelight recently with her new album, 'Love is', and her recent hit 'Love is holy', but about four years ago Kim was having so many hits that none other than Michael Jackson picker her as his support on his 'Bad' European tour. You'd think the two of them were hanging out with each other all the time, but this was far from the truth.
"I sent Michael some red roses at the beginning of the tour", says Kim, "but didn't get to meet him for ages. When I finally met him in Paris he took some photos of us together and said tha he thought I was great! Then that was it!" Oh! 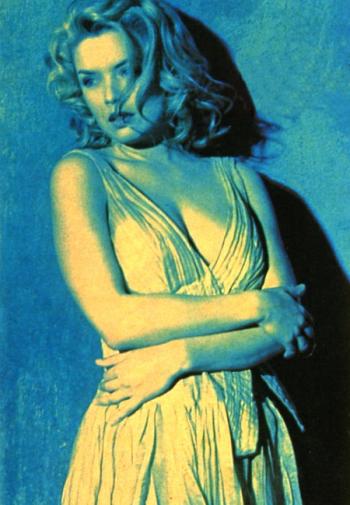